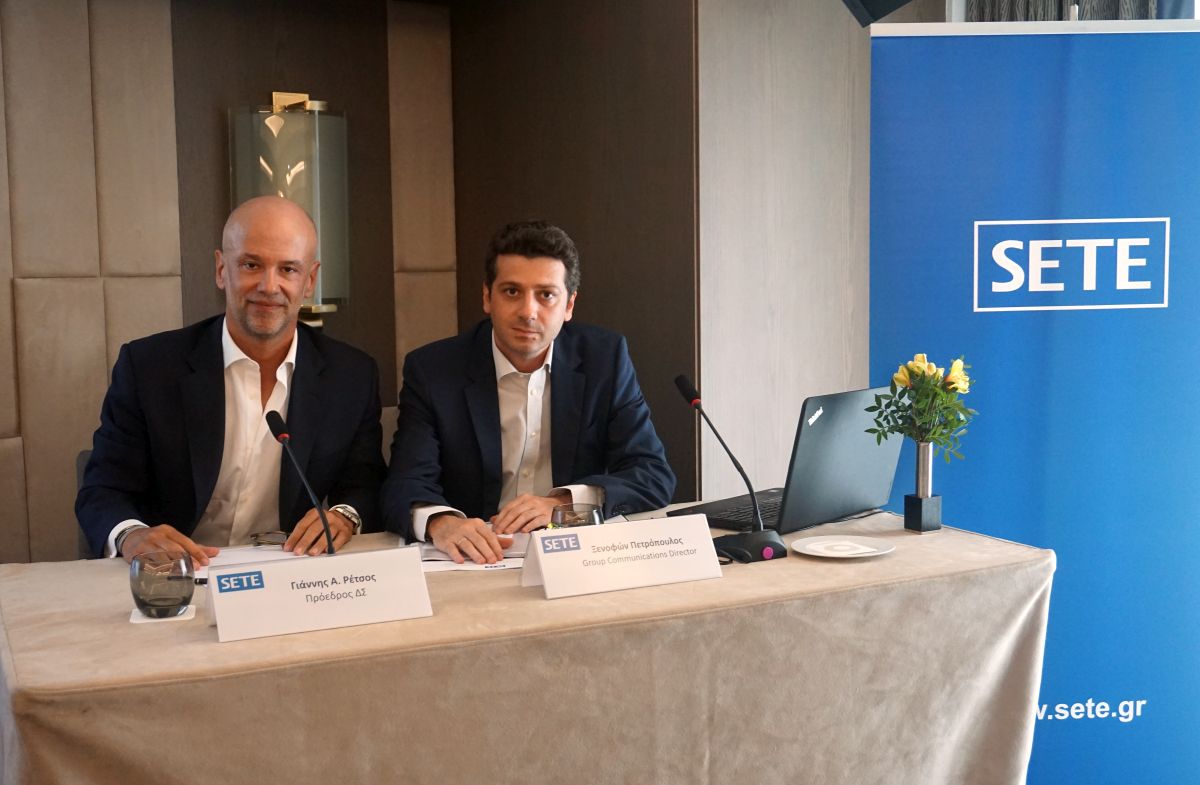 In his first press conference since he took the helm of SETE, Yiannis Retsos said the confederation’s efforts will focus on extraversion, synergies and sustainable development.

In outlining the confederation’s goals, Retsos said that SETE will aim to:
– further strengthen and rank Greek tourism higher in major markets
– unite the whole sector by combining all views and ensuring labor and social peace
– achieve a lasting, harmonious and beneficial relationship with the respective governments for the sake of the Greek economy and the country
– strengthen tourism’s social dimension and social footprint

“Our goals for the coming period are specific and clear and we are already working on them systematically: To raise Greek tourism even higher, through the unity of the sector and labor peace,” he told journalists.

Retsos informed that SETE has embarked on a series of visits to local tourism bodies/members throughout Greece and local communities, in its aim for sustainable development in tourism. The confederation has already visited Alexandroupolis, Thessaloniki, Volos, Patras, Santorini and Corfu. In the near future, meetings will take place on Crete, Rhodes, Ioannina, Karpenissi and Tripoli.

According to Retsos, the confederation is looking to connect sectors, such as agriculture and culture, which can directly enhance the quality of the experience offered through tourism products and services.

“Every region of our country has a wealth in local agriculture products, cultural heritage and customs. It is our priority, not just to preserve them, but to compose them and promote them through tourism,” he said.

Strategic issues on the agenda

On the issue of education and training for professionals in tourism, which will lead to the quality upgrade of the Greek tourism product and strengthen its competitiveness, Retsos announced that SETEtraining, the SETE Institute’s training section, has begun a collaboration with Cornell University in the United States. The launch of e-learning programs for Greek tourism professionals is the first of many actions that will gradually launch.

“The core of our educational activities is to provide our tourism professionals with knowledge and skills that will make a difference both in their working lives and in the diversification of the product and the services they offer,” Retsos said.

Retsos also underlined the natural environment as one of tourism’s great comparative advantages.

“We can not talk about tourism entrepreneurship if it does not include the concept of sustainability: a high level of protection and an improvement in the quality of the natural, residential and cultural environment,” he said.

Commenting on the recent oil spill in the Saronic Gulf, Retsos said that safeguarding the environment is a prerequisite for tourism development not in general and in abstract terms. “Not merely preventing such accidents, but also managing to address these in a timely and effective manner. Good or bad management of the next day reduces or increases the amount of damage,” he said.

‘We will fight the imposition of the stayover tax’

When speaking about the new levy (the so-called stayover tax) that will be charged on Greek accommodation units as of 2018, Retsos said that SETE is still aiming for it not to come into effect. “We are still fighting against it and are in discussions with all parties involved, as we have detailed scientific data from our institute that has documented the damage this tax can cause if it is imposed… The tax will be applied from January 1, 2018 and it is still September… We will fight against it until the last moment.”

When asked about SETE’s forecast for the whole 2017 tourism season Retsos said that the confederation’s original estimation remains the same. Incoming traffic to Greece, including cruise travelers, is forecast to reach 28 million this year and tourism revenue is expected to reach up to 14.5 billion euros. He did, however, mention that this season saw a great rise in visitors from driving tourism, which is expected to boost the year’s final arrival numbers.

Moreover, Retsos said that among the confederation’s immediate moves is to establish a branch in Brussels in order for SETE to have representation and influence “in the center of European decisions”.

Eldorado to Continue Mining Operations in Greece After Ministry Meeting