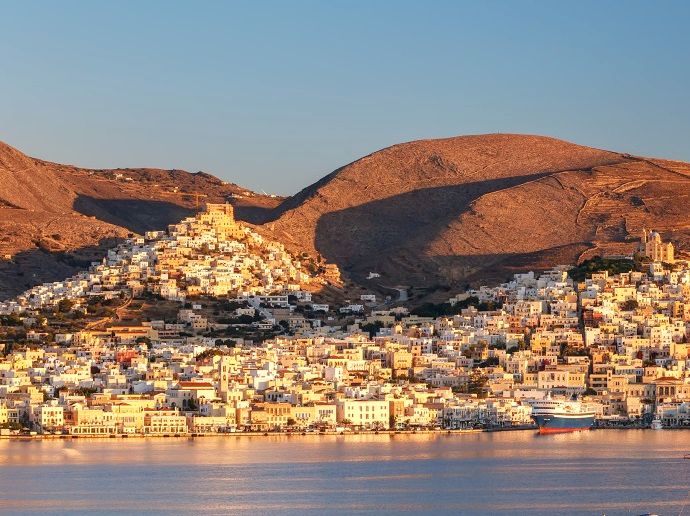 During the meeting, the need to add two weekly ferry connections between Syros and the islands of Paros and Naxos all year round, were discussed. Proposals were also submitted regarding the days and hours that would better serve travelers and also discussed was the possibility of establishing combined routes using one ticket.

On his part, Hellenic Seaways’ Vassilios Katsaris said the company was willing to increase ferry services between Syros and Piraeus with a high speed vessel.

All present at the meeting also agreed to cooperate to promote Syros through social media channels.

According to the Municipality of Syros, the issue will be discussed again in a meeting to be chaired by Syros mayor on Monday, October 23, in collaboration with the Cyclades Chamber and with the participation of the leadership of the Ministry of Shipping and Island Policy, port authorities, local MPs , coastal shipping companies and mayors of the Cycladic islands.