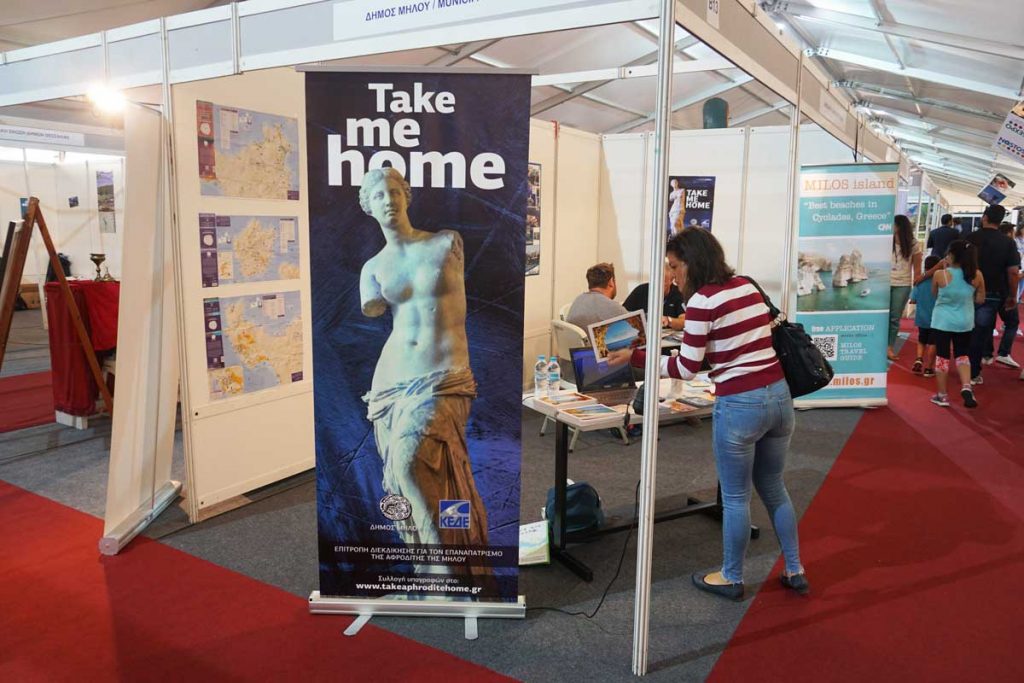 A campaign — dubbed “Take me Home” — for the repatriation of the Venus de Milo, one of the most famous marble sculptures in the world, displayed at the Louvre Museum in France, has been launched by the mayor of Milos island, Gerasimos Damoulakis. The mayor aims to bring the statue back by 2020, 200 years from when it was discovered on Milos.

Through the European Citizens’ Initiative (ECI), a committee set up by the mayor is aiming to raise 1 million signatures in order for the issue to be included in a plenary session of the European Parliament. The ECI is a European Union mechanism that enables one million EU citizens, coming from at least seven Member States, to call directly on the European Commission to propose a legal act. 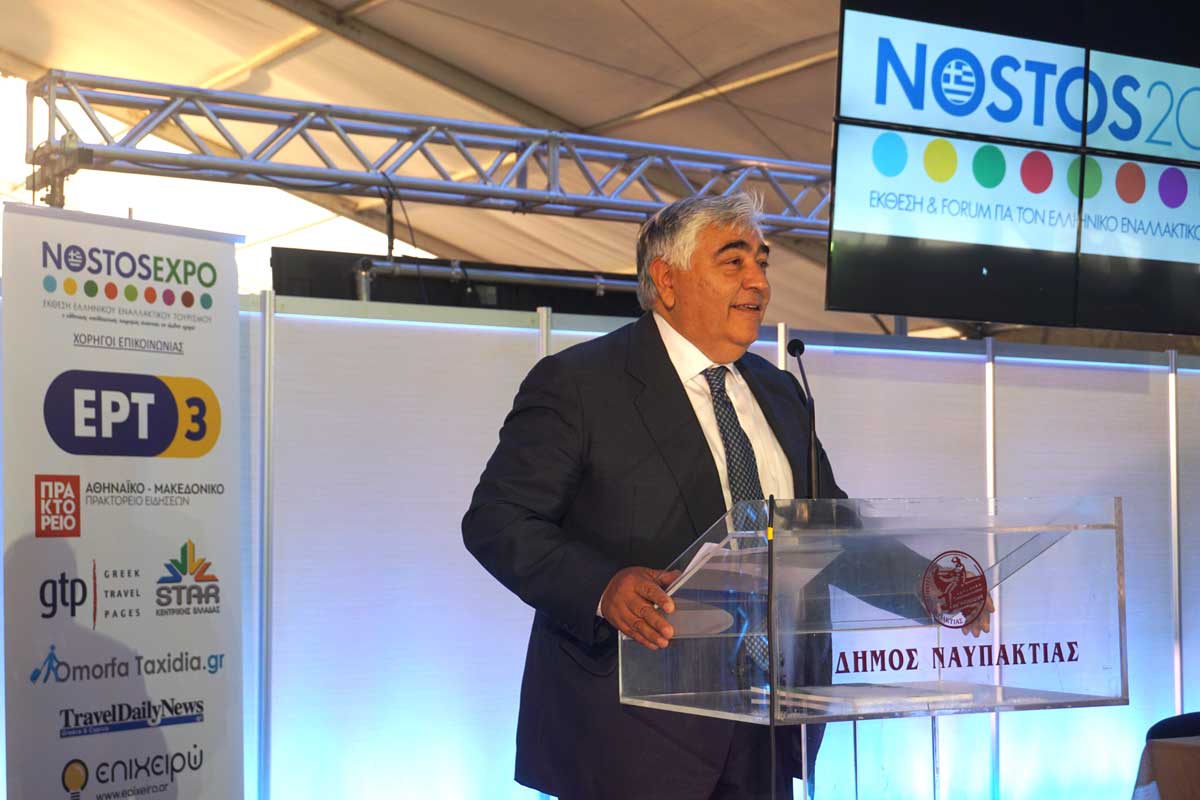 “We launched this effort — a national effort — and are trying to raise 1 million signatures to take the matter to the European Parliament,” Mayor Damoulakis said on Saturday during his speech at the Nostos 2017 alternative tourism expo in Nafpaktos.

The mayor also informed that he sent an official letter to France’s President Emmanuel Macron through the French embassy in Greece, inviting him to Milos and underlining: “It is a great honor to be united by our Aphrodite…”.

According to Mayor Damoulakis, the Venus de Milo will have her own “home” on Milos, the renovated historic building that once housed the old girls’ school in Plaka, the island’s capital. The building, which dates back to 1875, will be named “Aphrodite’s House”. Moreover, the mayor said that he has received assurance from the Defence Ministry for the statue’s careful transport from France when the time comes.

The mayor also announced that in April 2018, Milos will host an international conference to further focus on the matter. “Through the conference, which has been embraced by UNESCO of Piraeus & Islands, we will strengthen our effort and hope for Aphrodite to return to her home on April 4, 2020, 200 years from when she was discovered,” he said.

According to Mayor Damoulakis, all of Greece’s municipalities are supporting his effort. 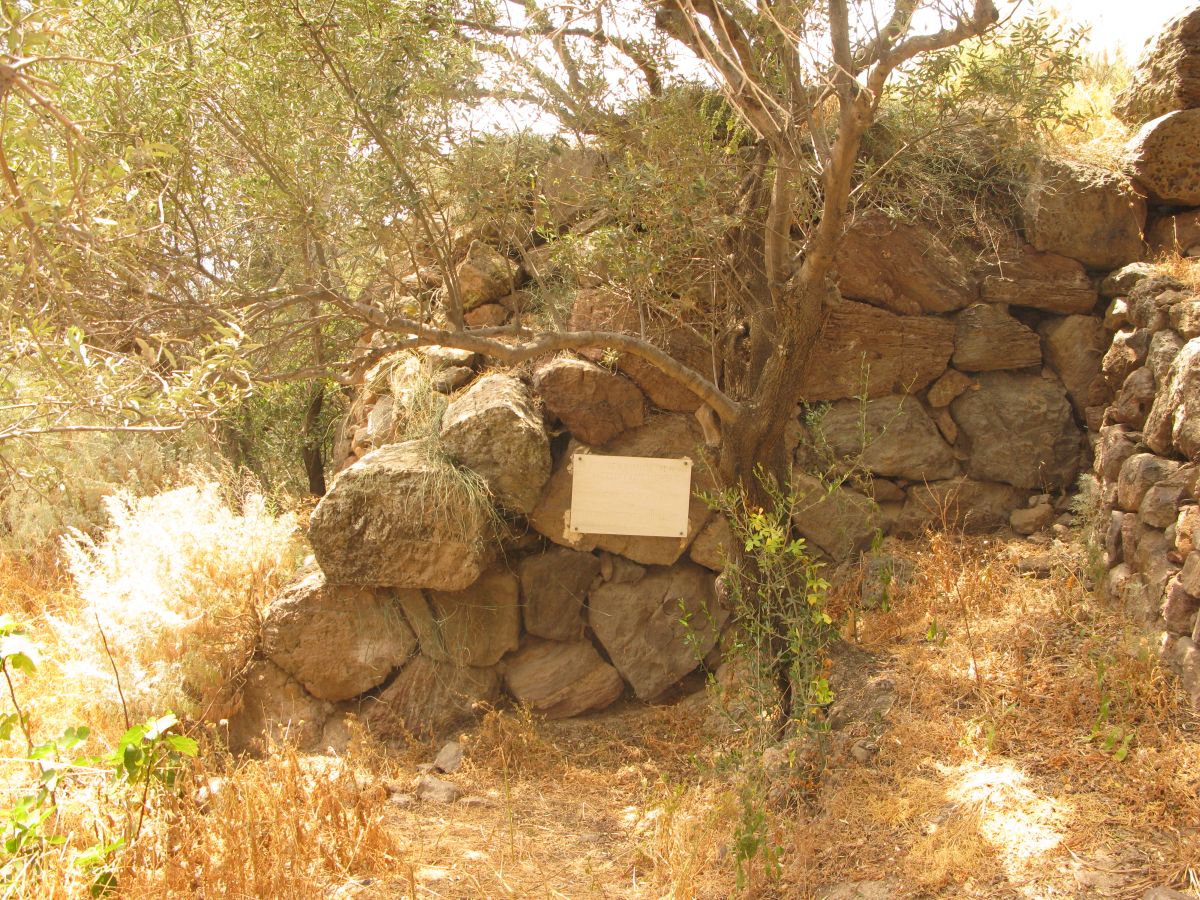 The location where the Venus de Milo ancient Greek statue was found in the beginning of the 19th century.

“At some point, Greece of culture — a great form of alternative tourism — must come forward, we must move forward and show that we are here,” he said.

The Venus de Milo was discovered on Milos in the spring of 1820, in a rural area of ​the island, in over six separate pieces, and believed to depict Aphrodite, the Greek goddess of love and beauty. The statue ended up at the Louvre Museum a year later, where it is on display to this day. The Louvre later sent an exact copy of the statue to the Archaeological Museum of Milos.