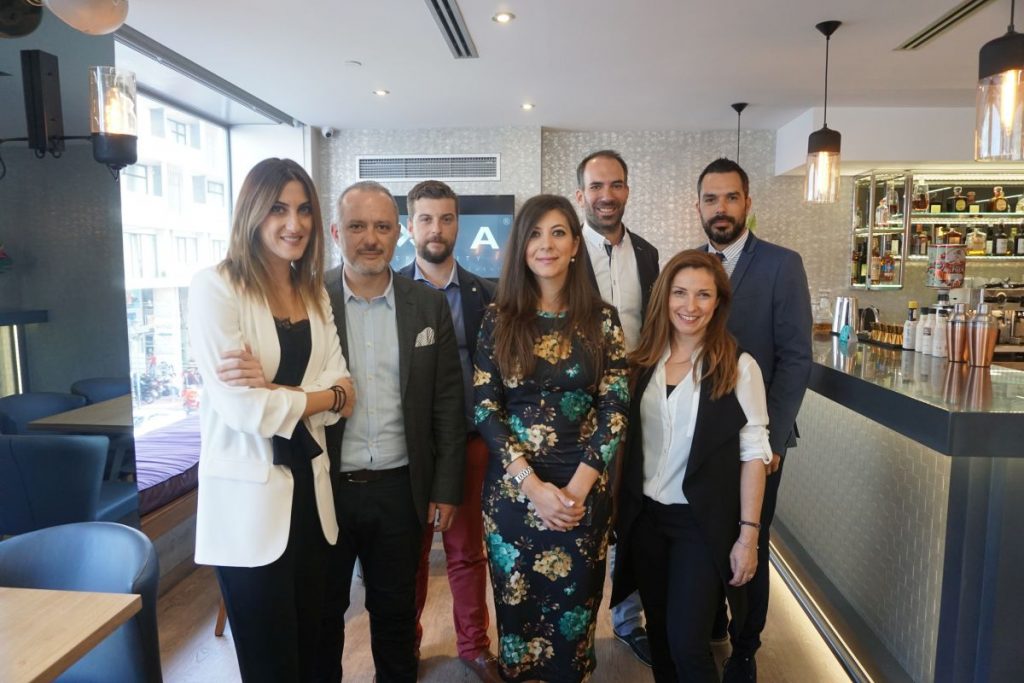 The teams of Axia Hospitality and Nelios.

The two companies, which have launched a common product available for hotels — the “Hands Free Hotelier” service — recently held a media briefing and provided data on the digital performance of Greek hotels during the first eight months of the year, compared to 2016.

Citing data from 260 of their hotel partners, Axia Hospitality and Nelios referred to a 107.45 percent increase in direct bookings during the January-August 2017 period, compared to the same period last year. The increase placed Greece in the third place, after Australia and the United States, on the top 10 list of markets that recorded a major increase in direct bookings during that period. Greece was followed by Germany, France, the United Kingdom, Switzerland, Italy, Israel and Russia.

Meanwhile, during the same period, hotel revenue from direct bookings increased by 75.28 percent, the website traffic of hotels was up by 25.35 percent and unique users to hotel websites grew by 25.74 percent. Also, bookings made through mobile phones increased by 165.52 percent, via desktop computers by 105.10 percent and through tablets by 76.69 percent.

According to the data, Greece’s entry into the list of countries with increasing trends in direct bookings proves that Greek consumers are now familiar with the use of the internet for choosing and buying their holidays and increasingly rely on it for this purpose.

Axia Hospitality and Nelios also noticed that Iran’s entry to the list of countries that are showing growth in online bookings confirms the recent forecast that the country is turning into a new “emerging force in tourism” — both as a destination and as a tourism market.

The data also revealed that the Ionian Islands continue to rise in the preferences of travelers, as hotels located in the Ionian recorded an increase in turnover of 24.12 percent.

In addition, according to the data, the traditional markets of Germany, UK, France and the United States are still the most important markets for Greek tourism.

Axia Hospitality and Nelios have been cooperating with great success over the past five years. Their common product “Hands Free Hotelier” is currently used by 25 hotels.

Axia Hospitality specializes in online and offline sales, hotel booking services and collaborates with 56 hotels that represent an annual turnover of 40 million euros. Nelios is the largest hotel-only digital advertising agency in Greece and is partner to more than 200 hotels.