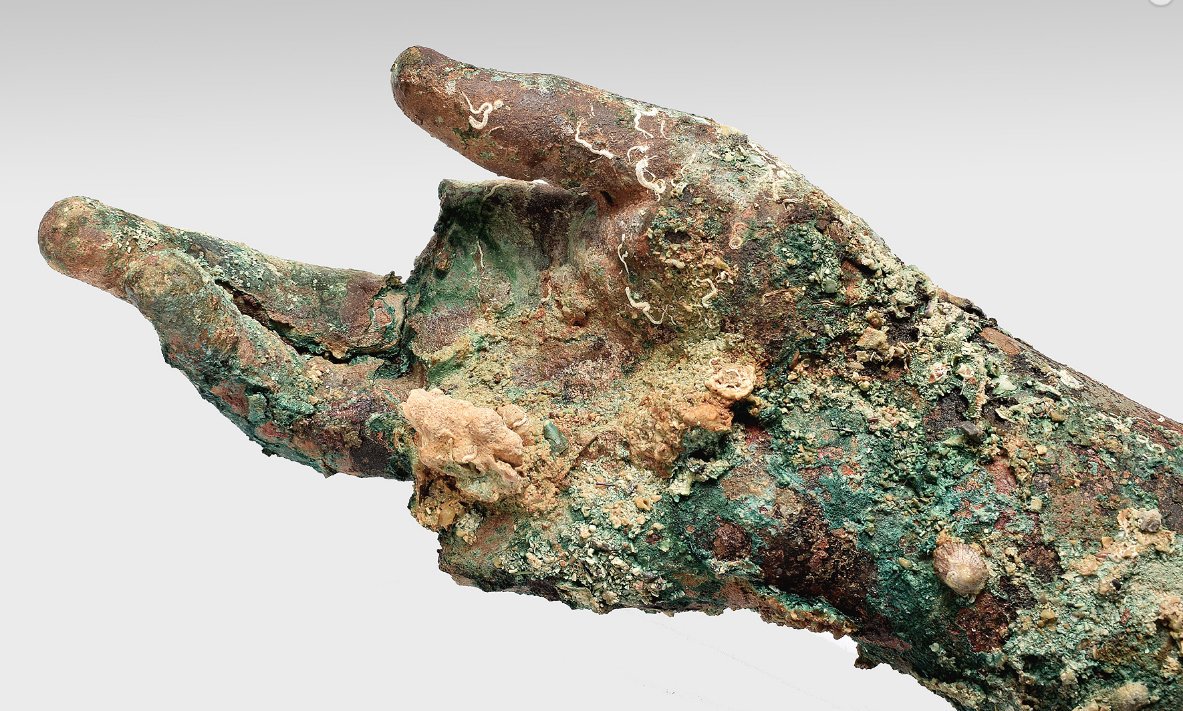 The 2,000-year-old Antikythera shipwreck, which has yielded among other precious finds an ancient computer, has yet again taken archaeologists by surprise with new treasures including a bronze disk, a bronze arm, a sarcophagus lid and marble fragments of statues, Greece’s Ephorate of Underwater Antiquities announced on Wednesday. 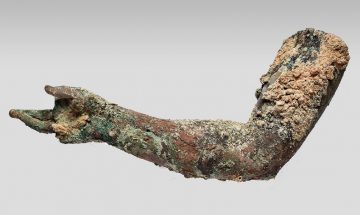 The finds came to light during underwater field work carried out in September by a team of archaeologists co-led by Angeliki Simosi, director of the Ephorate of Underwater Antiquities, and archaeologist Brendan Foley from Sweden’s Lund University.

“[Archaeologists] have found a very big treasure of statues of marble and bronze and other items,” said Simosi.

Besides a right arm from elbow to fingers, the expedition also produced a small bronze disc similar to parts of the Antikythera mechanism. Adorned with the image of a bull and punctuated with holes, Simosi said it was unclear what the disk was used for. “It is maybe decoration for furniture or maybe a seal, or it could be an instrument,” she said. “It is very early to say.” 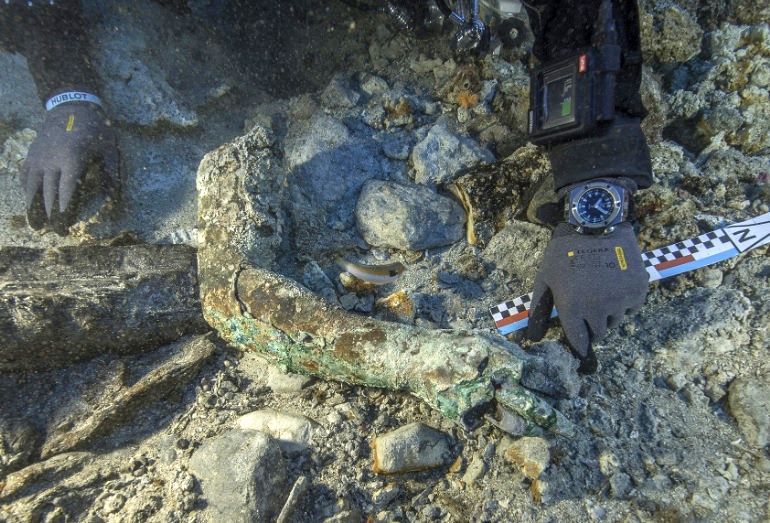 The team of archaeologists will proceed with the study of this year’s finds and return to the shipwreck site in May next year. 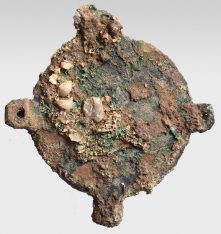 First discovered in 1900 by sponge divers and later excavated by renowned marine explorer Jacques Cousteau, the shipwreck off the island of Antikythera, has yielded dozens of significant artefacts, including statues, jewelry, battered bronze pieces, traces of gearwheels, dials and pointers.

The merchant ship was believed to have been sailing from Asia Minor to Rome in 1 BC when it sank suddenly, experts say from natural conditions most likely a storm near the islet located between Crete and the Peloponnese.

Last year, archaeologists found human remains at the site offering experts the chance to examine 2,000-year-old DNA from the wreck.