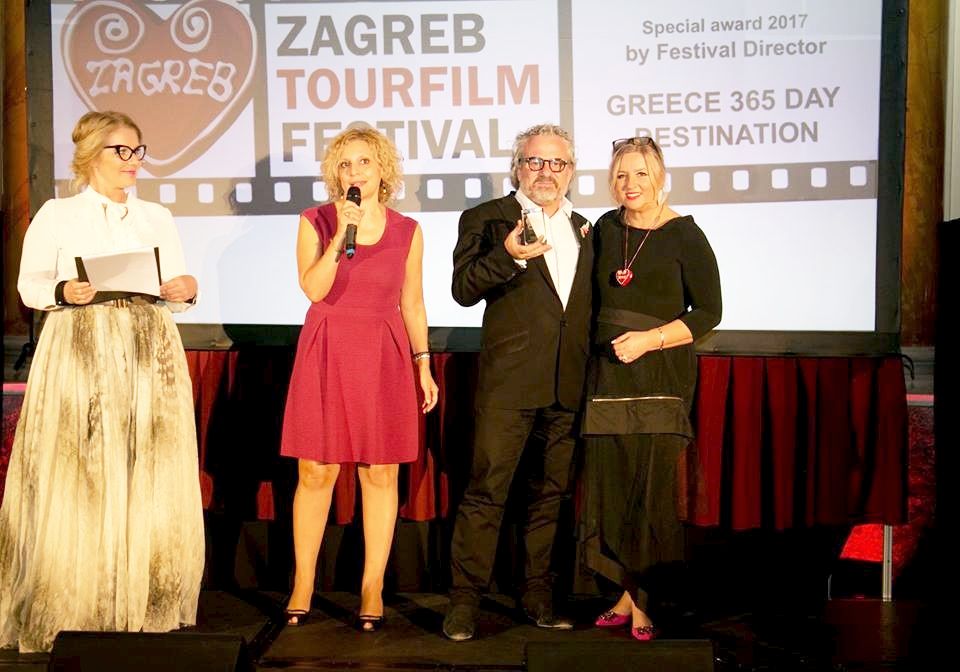 The video, which promotes Greece as a year round destination, received the “Special Award 2017” among 48 candidate films in the category “Promotional Film up to 7 minutes”, the Tourism Ministry said in an announcement.

The Zagreb Tourfilm Festival is part of the International Committee of Tour Film Festivals (CIFFT) and this year included a total of 175 films.

It should be noted that another Greek tourism film titled, “Sitia-So Hard to Say Goodbye”, won the festival’s Grand Prix and the first place in the “Best Film up to 3 minutes” category.

Produced by the Greek National Tourism Organization (GNTO), the “Greece – A 365-day Destination” video was created within the concept of the communication strategy of Tourism Minister Elena Kountoura, to promote Greece as a global year round destination. The 3:36-minute film focuses on Greece’s images, sounds and colors during the four seasons of the year.

The award was received by the head of the GNTO office in Serbia, Sophia Lazaridou and director Antonis Theocharis Kioukas, during a special ceremony.

In the coming months, the video will also compete in 16 tourism film festivals around the world in Berlin, Cannes, New York, Los Angeles and Maldives, among other destinations.