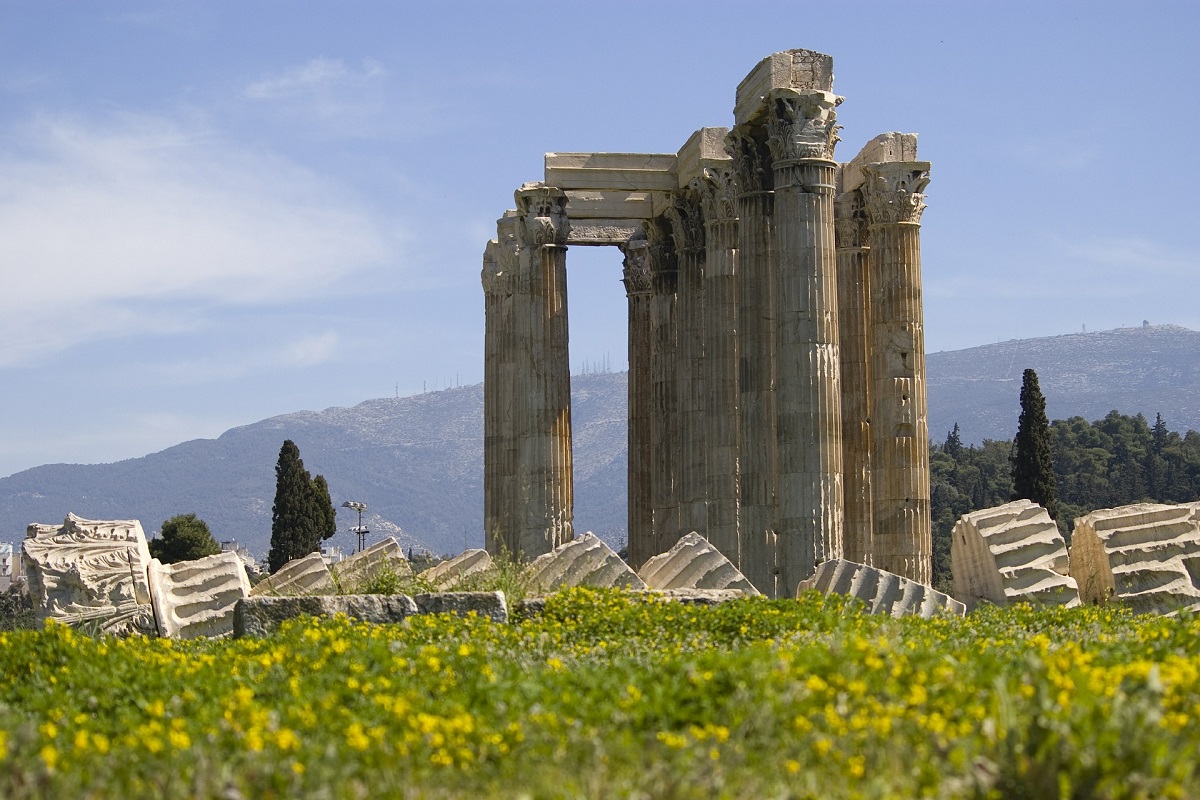 According to media reports, the Central Archaeological Council (KAS) has approved the studies for the monument’s restoration and maintenance, which were compiled taking into consideration its construction features and history, in order to prevent any alterations to its authenticity.

Located between the Acropolis and the Ardittos hill in the heart of the capital, the temple was dedicated to Olympian Zeus. Construction began in the 6th century BC but was completed some 600 years later, during the reign of the Roman Emperor Hadrian in the 2nd century AD.

Among the largest monuments of the ancient world, the temple bore a double row of 20 columns on the flanks and three rows of 8 columns on the narrow sides. Within the temple stood the colossal gold-and-ivory cult statue of Zeus, while outside the building an equally colossal statue of Hadrian was raised by the Athenians to honor the Roman emperor.