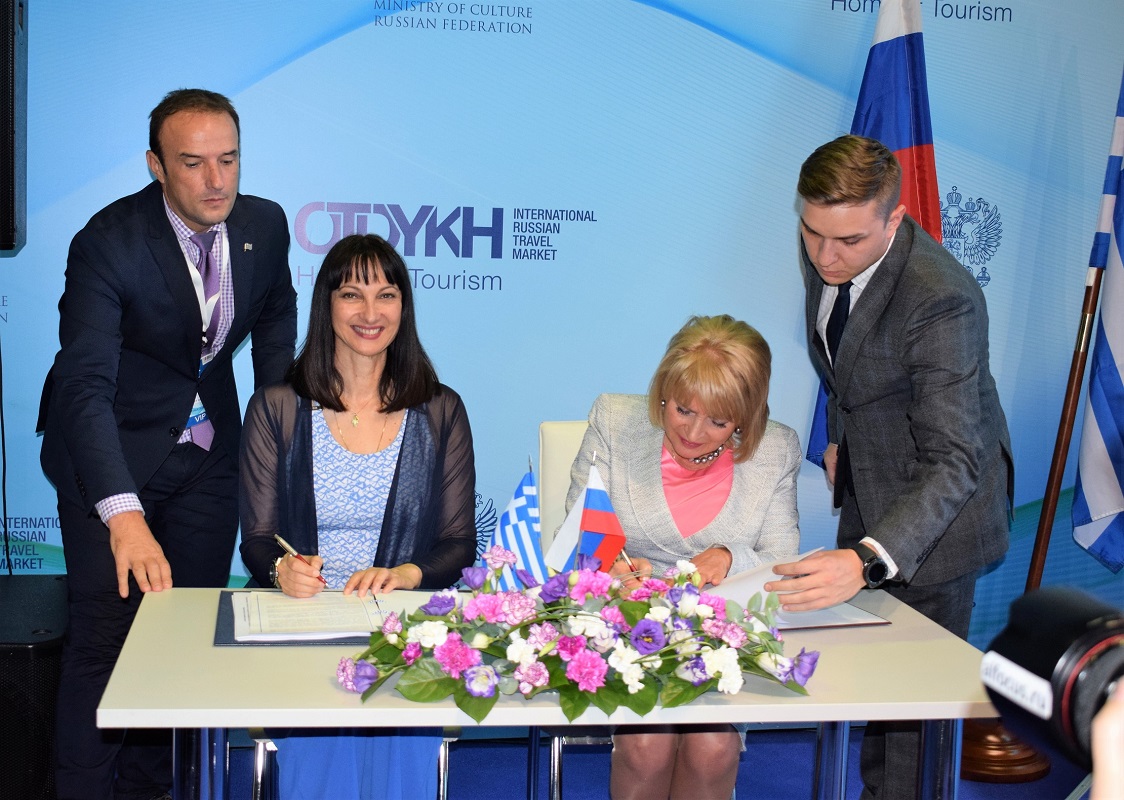 Dozens of events, happenings and activities will take place in Greece and Russia as part of the Greece-Russia Year of Tourism 2017-2018, which was officially inaugurated by Tourism Minister Elena Kountoura and Russian Alternate Culture Minister Alla Manilova at a special event in Moscow this week.

Kountoura and Manilova singed a cooperation agreement and underlined its significance for the two countries, also referring to the close ties and joint initiatives in the area of tourism, which will be the focus of the year-long events. 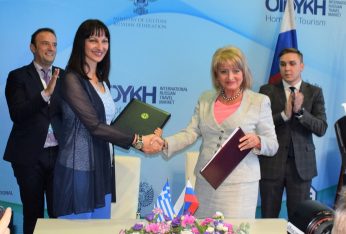 A religious tourism forum, cultural meetings and a business summit aiming to attract investments are among the events to promote tourism offerings in both countries through to 2018. Other activities will focus on medical, wellness, sports, youth and school tourism programs and how the two countries can benefit from the exchange.

During the opening event, Kountoura presented the logo for “Greece-Russia Year of Tourism” as well as “Greece – A 365-day Destination”, a Greek National Tourism Organization (GNTO) promotional video which won the “Best Video in Europe” award for 2017 in the 2nd World Tourism Organization (UNWTO) Tourism Video Competition.

On occasion of her Moscow visit, Minister Kountoura also inaugurated, together with the head of Russia’s Federal Agency for Tourism Oleg Safonov, the OTDYKH Leisure 2017.

Greece Looking to Tap into Benefits of Sports Tourism