Macron, French Companies Give Vote of Confidence to Greek Economy 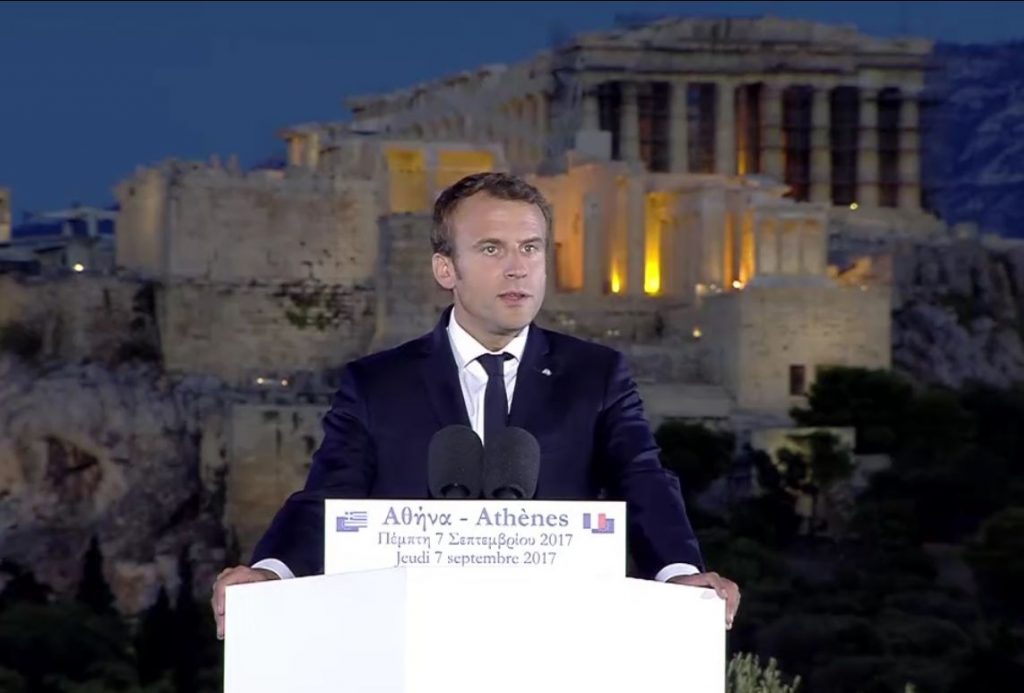 The Greek debt crisis was not unique to Greece but an issue affecting all of Europe, “it was a failure of Europe”, French President Emmanuel Macron said, speaking from Pnyx Hill during his first official visit to Athens on Thursday, September 7.

The French president, who has repeatedly expressed his support of Greece since taking office in May, underlined that a priority now was to strengthen EU member Greece to return to markets as a stepping stone to “rebuilding” the EU.

To achieve this, Macron said investors must show trust in Greece and following his call on Friday, a series of business deals were underway between French and Greek interests.

Indicatively, Greece’s public power corporation DEI was set to enter an agreement with French electric utility company ENGIE to set up a joint venture focusing on energy projects in the Balkans as well as the creation of wind farm on Crete.

French multinational oil and gas company Total – which is already drilling for oil off Cyprus – is expecting Greek parliamentary approval to search for oil off the Greece’s western coast by the end of the year, Reuters reports.

Greece’s Hellenic Petroleum, Total and Italy’s Edison have inked a lease agreement to search for oil and gas in the Ionian Sea.

At the same time, Hellenic Petroleum together with Exxon Mobil and Total have expressed interest in exploration at two sites off Crete.

French group Vinci SA, already a stake holder in two Greek toll motorways and operator of Rio-Antirrio bridge, is looking into participating in new concession projects, with Greek daily Ta Nea reporting that the company had expressed an initial interest in the long-term lease of Egnatia Motorway, which Greece plans to launch a tender for later this year.

The Greek and French flags outside of the Hellenic Parliament on Thursday.

Today, the government was set to sign a memorandum of understanding with France’s state investment bank Bpifrance towards the creation of a state development bank in Greece in 2018 to fund infrastructure projects, start-ups, SMEs and export-oriented companies.

Makron’s visit to Athens will wrap up on Friday evening.

PM Tsipras: Greece is Going from ‘Grexit’ to ‘Grinvest’