PM Tsipras: Greece is Going from ‘Grexit’ to ‘Grinvest’ 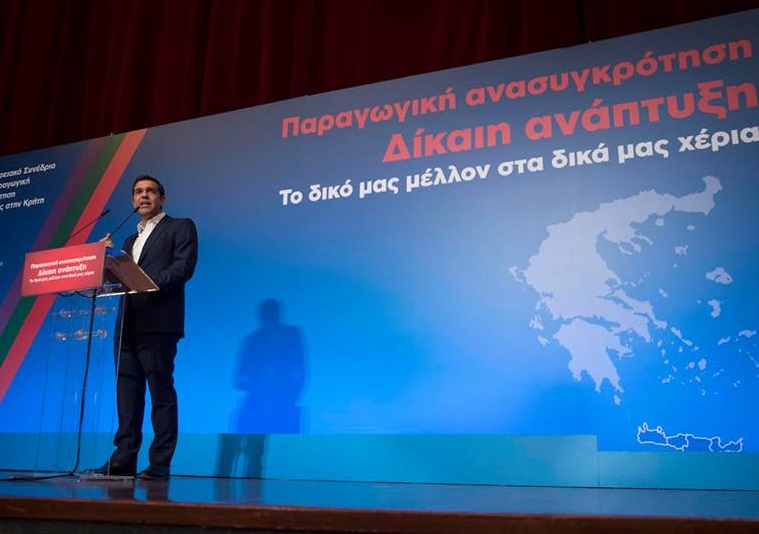 Greece is turning a page as its image has changed for the better and the economy is showing signs of recovery, attracting the interest of foreign investors, Greek Prime Minister Alexis Tsipras said during his keynote address on Saturday at the 82nd Thessaloniki International Fair (TIF), which opened its doors in the northern port city.

As growth is expected to reach 2 percent in 2017, Tsipras expressed his confidence that creditor supervision will have ended by the 83rd Thessaloniki International Fair next year.

The Greek PM spoke of the growing interest foreign investors are showing towards Greece, revealing a conversation he had last week with a French entrepreneur, during the visit of French President Emmanuel Macron. “…He told me that we have managed to transform ‘Grexit‘ to ‘Grinvest,” Tsipras said. “This transition did not happen by chance, it was the result of a structured plan and initiatives aiming at the country’s growth,” he added.

Referring to Greek tourism, Tsipras said that its contribution to the country’s GDP is at 20 percent, while the sector’s annual growth has reached 7 percent, which is double compared the growth of global tourism (3-4 percent). The sector has also contributed – directly and indirectly – to the creation of 1 million jobs.

“Greek tourism’s robust growth has boosted entrepreneurship. The bet for the future however is to implement a policy that will further improve tourism services and strengthen the ties of tourism businesses with the county’s primary sector,” Tsipras said. “The country’s agricultural products should be processed in Greece and classified as ‘Protected Designation of Origin’ (PDO). Hotel units should also use local products instead of imported goods,” he added.

Tsipras also referred to the government’s scheme for the upgrading of Greece’s northern ports of Thessaloniki, Kavala and Alexandroupolis and their “transformation into commercial hubs and main gates to Europe”.

During a press conference on Sunday, the Greek PM spoke of the government’s intention to outreach its fiscal targets and speed up the process of the third review of the Greek program (third bailout). Reffering to the International Monetary Fund, Tsipras said it should soon decide on whether it will participate in the current bailout program or not.“We can live with the IMF as long as it complies with the terms agreed,” he stressed.

The 82nd Thessaloniki International Fair will run until September 17, with China being the honored country.

Macron, French Companies Give Vote of Confidence to Greek Economy