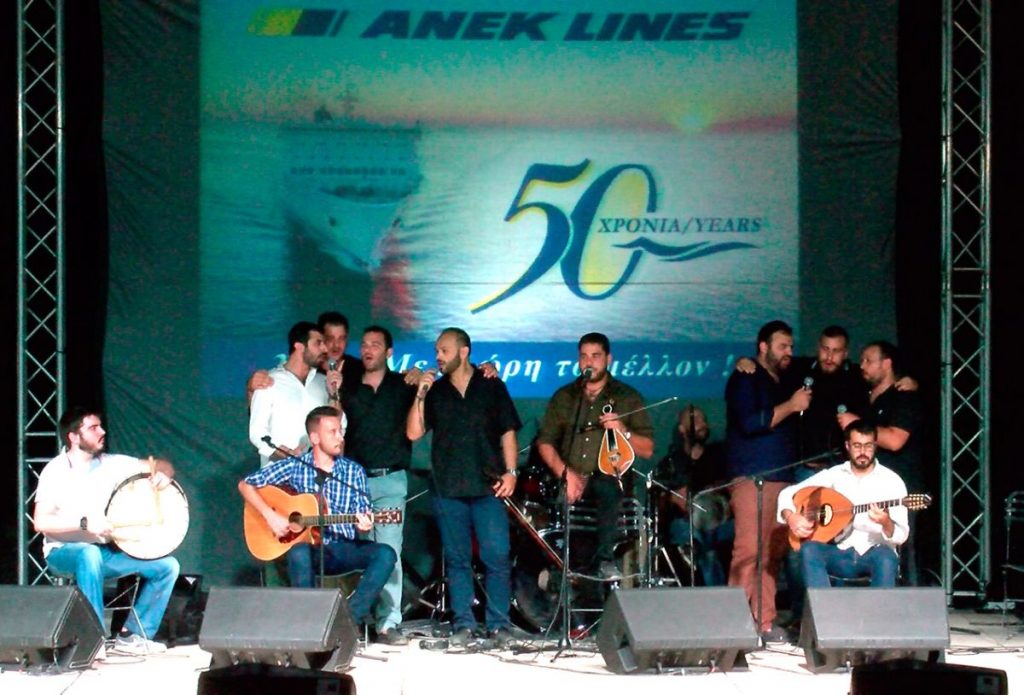 Passenger shipping company ANEK LINES recently held a mega event to celebrate its 50th anniversary of presence in the industry. 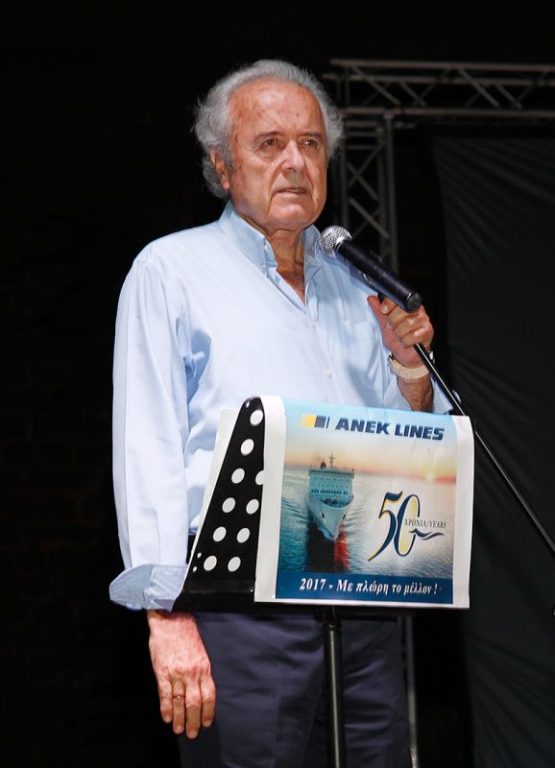 The event took place on August 5 at the Eastern Moat Theatre (Anatoliki Tafro) in Chania and included festivities to united past and present generations.

“For 50 years now ANEK LINES has been on a dynamic and meaningful course. A course that supports Crete and its people, a course that we are all proud of,” ANEK LINES President Giorgos Katsanevakis told guests.

“Since 1967, hundreds of Cretans joined a common vision: to consolidate the coastal connection of the island with Piraeus… I assure you that every day we will continue to work with the same passion, the same perseverance and the same love and we will proudly represent our Crete throughout the world.”

The event included the performance of many famous Cretan singers — including Periklis Tzouganakis, Elias and Dimitris Vlamakis, Dimitris Vakakis, Giorgos Triantafyllou-Manolis Chrysoherakis & Lefteris Koumis. Dancing acts were carried out by groups from the island’s folklore associations.

“ANEK LINES is celebrating its 50 years by honoring Crete. On a steady course it builds on the values ​​of its founders and evolves every day by traveling the culture and tradition of Crete throughout Greece and the world,” the company said in an announcement.

During the event, the company screened a video that told the story of ANEK’s development over the past 50 years.

Directed by Thodoris Papadoulakis, the video features hundreds of local men and women from Chania, of all ages. Filming took place on board the company’s state-of-the-art flagship vessel “ELYROS” and at ANEK’s agencies.