IOBE: Thessaloniki Port Privatization to Bring in €1.6bn in Next Decade 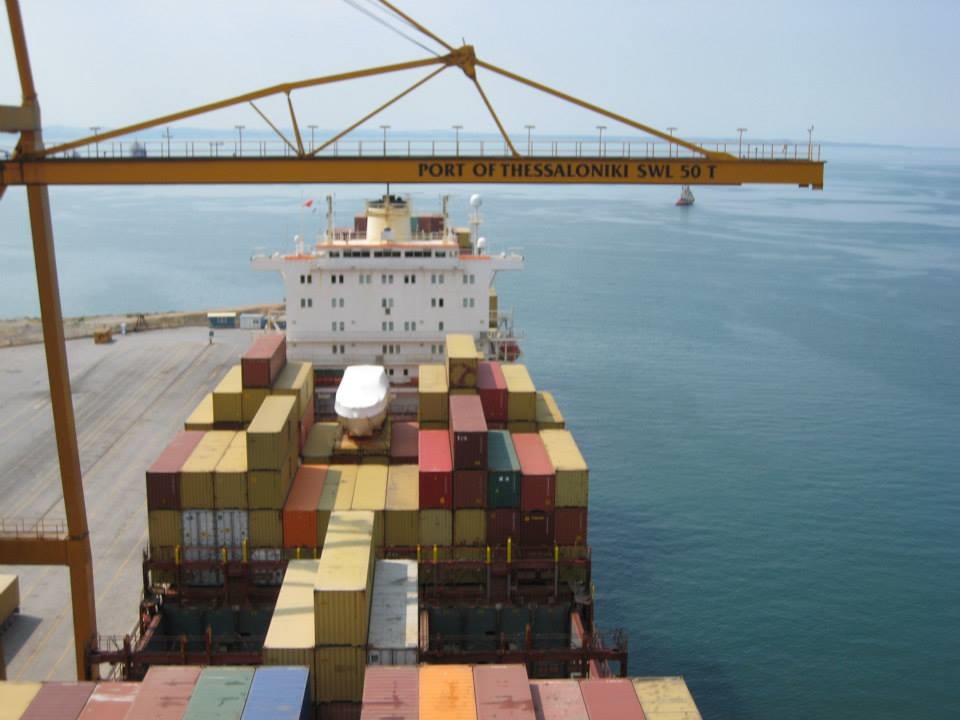 The privatization of Greece’s second largest port, the Thessaloniki Port Authority, is expected to contribute to the country’s GDP growth by up to 1.6 billion euros by 2026, according to a study released this week by the Foundation for Economic and Industrial Research (IOBE).

Broken down, approximately 289-383 million euros will be directed into employee salaries and 470- 605 million euros will go into state coffers, the survey titled “The Economic Impact of the Privatization of the Thessaloniki Port Authority” found.

A consortium of three companies – Deutsche Invest Equity Partners GmbH, Belterra Investments Ltd (controlled by Ivan Savvidis, owner of Greek football team PAOK) and CMA CGM’s Terminal Link – was announced in April as the “highest bidder” for a 67 percent stake in the Thessaloniki port authority after making an improved bid of 231.92 million euros for the concession deal through to 2051 in an international tender.

According to the IOBE survey, the Central Macedonia region is seen as benefiting more from the project with estimated gains between 928 million euros to 1.3 billion euros. Revenue, meanwhile, is forecast at exceeding 408 million euros, up by 211 million euros compared to the port’s former public status.

The IOBE goes on to forecast investments of up to 257 million euros over the next decade, 180 million euros of which are a requirement. The Athens-based think-tank notes that investment will be further strengthened when conditions improve paving the way for new jobs.