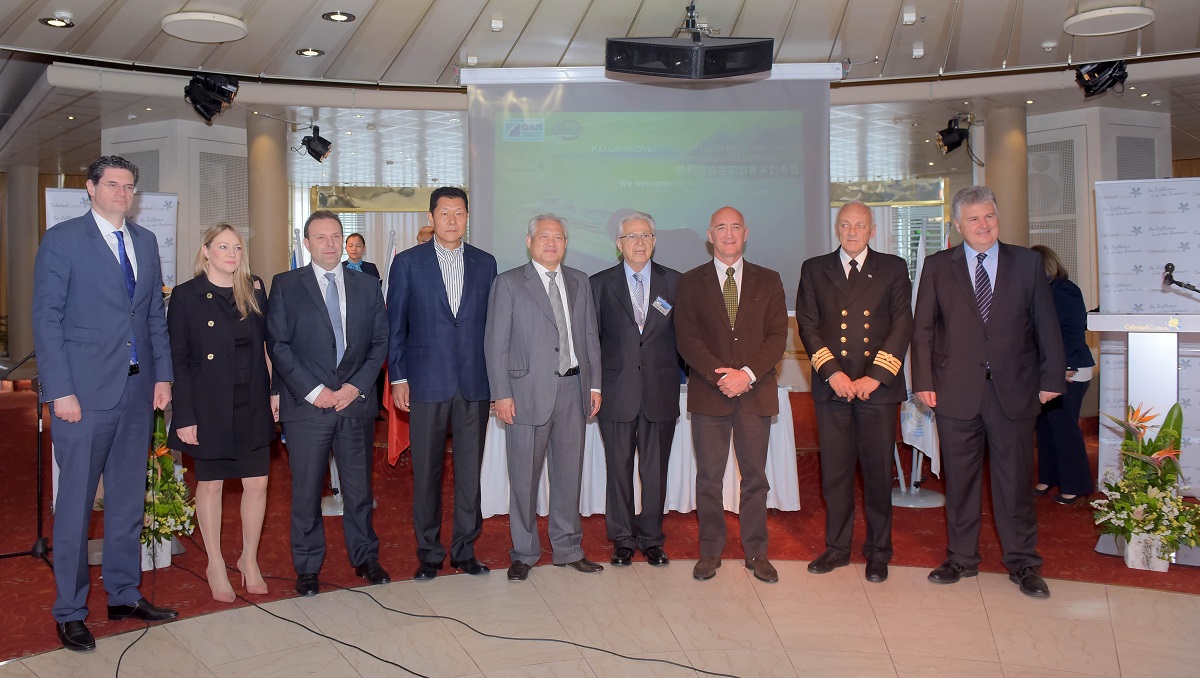 Celestyal Cruises on Thursday welcomed the first group of 250 tourists from the People’s Republic of China on board the “Celestyal Olympia” ship to sail the Aegean. A reception was held in honor of the guests and then followed by the company’s “Iconic Aegean” three-day cruise to popular Aegean destinations such as Mykonos, Samos, Kusadasi, Heraklion, Crete and Santorini.

“We are very glad to welcome the first organized group from China after a systematic effort to promote the beauty of our country and the incomparable experience Greek cruising provides to visitors,” said Celestyal Cruises CEO, Kyriacos Anastassiadis.

According to Anastassiadis, Celestyal Cruises is confident that the People’s Republic of China will become one of the company’s most important markets.

On board the Celestyal Olympia, Anastassiadis was awarded a plaque by the CEO of the Piraeus Port Authority (PPA), Capt. Fu Chengqiu, for the company’s initiatives in bringing Chinese tourists to the Aegean and for its overall and longstanding contribution to the port.

“We are very grateful to Celestyal Cruises for its productive cooperation and for its trust in the port of Piraeus,” said Capt. Fu Chengqiu.

Celestyal Cruises does 70 percent of its home-porting in Piraeus. According to the PPA, over 650,000 passengers have traveled with the company through the port in Piraeus over the past five years.

“The development of Piraeus as a cruise port is very important for both the local and the national economy. This is why we are upgrading its cruise infrastructure and services, in order to best highlight the great potential of the port and the Piraeus Port Authority,” Chengqiu added.