HACT: Greece to See Rise in Visitors, Tourism Revenue from the U.S.

The president of the Hellenic-American Chamber of Tourism (HACT), George Trivizas, recently stated that he expects Greece to see a rise in visitor numbers and tourism revenue from the United States this year. 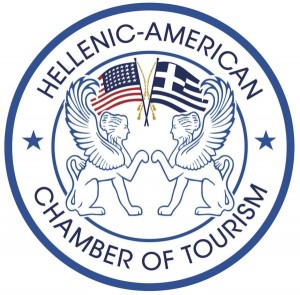 According to a post on HACT’s Facebook account, the chamber  expects Greece this year to welcome some 900,000 visitors from the United States, compared to 778,600 in 2016 (an increase of 15,6 percent). HACT also expects a rise in tourism revenue from the U.S. market, following last year’s 22,8 percent drop to 727.9 million euros.

U.S. international tourism expenditure reached $121.5 billion in 2016, placing the country second in a list recently released by the United Nations World Tourism Organization (UNWTO). China was first with $261.1 billion and Germany third with $81.1 billion, followed by the UK ($63.6 billion) and France ($40.9 billion).

Moreover, a recent announcement by the American Society of Travel Agents (ASTA) to include Athens among the candidate cities to host the 2018 Destination Expo travel event is also expected to boost arrivals from the U.S..

HACT and tourism consulting company MTC Group are currently looking into the prospects of Athens hosting the international event next year, with other candidate cities being Hanoi in Vietnam, Aquamba in Jordan and Tel-Aviv in Israel.