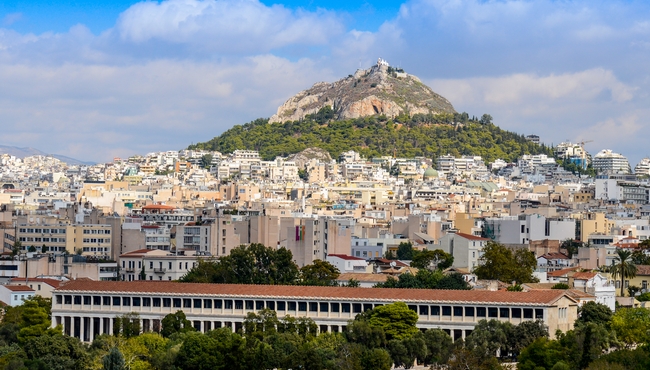 The Stoa of Attalos in the Agora of Athens and the Lykavitos. Photo © Maria Theofanopoulou

The American Society of Travel Agents (ASTA) is considering Athens as the next city to host its 2018 Destination Expo, an international travel event that annually takes place in a different city around the world.

According to an announcement by consultants MTC Group, ASTA representatives are expected in the Greek capital within the next few days to discuss with the president of the Hellenic-American Chamber of Tourism (HACT) and Vice President of MTC Group, George Trivizas, on the prospects of Athens hosting the Destination Expo event.

Other candidate cities include Hanoi in Vietnam, Aquamba in Jordan and Tel-Aviv in Israel. The host city will be announced prior to the ASTA Capitol Summit, which will be held in June 2017 in Washington.

“This effort proves that the right timing and team work can lead to success,” said Notis Martakis, president of MTC Group and supervisor of HACT’s special projects. “We are confident that, as long as this effort is initiated, we will not be alone. The public and private sectors’ support will be a guarantee for success and will provide us with the chance to establish new business collaborations that will benefit our country’s tourism industry”, he added.

The 2017 ASTA Destination Expo took place in Nairobi, Kenya, in February 24-26 and brought together hundreds of U.S. travel agents, suppliers and tourism executives with local tourism officials and professionals.

The American Society of Travel Agents is among the world’s largest associations of travel professionals. About 70 percent of its members are American travel agencies, tour operators and companies, while the remaining 30 percent are spread all over the world.