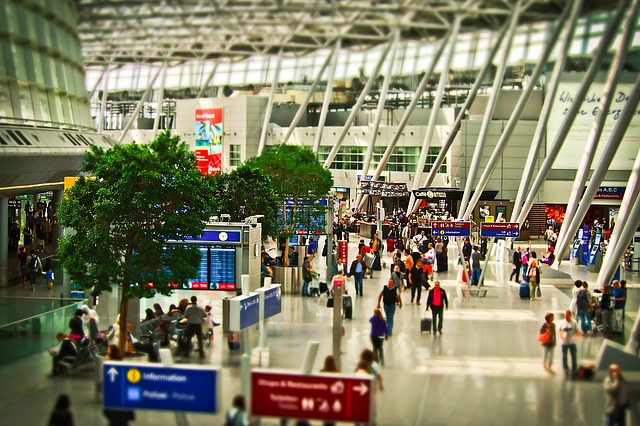 Tourism expenditure from major outbound markets reflected an increasing demand for international tourism across the world in 2016, according to the latest UNWTO World Tourism Barometer.

With a 12 percent increase in spending, China continued to lead international outbound tourism, followed by the United States, Germany, the United Kingdom and France as top five spenders.

“The latest data on outbound tourism spending are very encouraging”, said UNWTO Secretary-General, Taleb Rifai. “Despite the many challenges of recent years, results of spending on travel abroad are consistent with the 4% growth to 1.2 billion international tourist arrivals reported earlier this year for 2016,” he added.

Chinese tourists spent 12 percent more on tourism abroad in 2016, as international tourism expenditure grew by US$ 11 billion to US$ 261 billion. The number of outbound travellers rose 6 percent to 135 million in 2016. This growth consolidates China’s position as number one source market in the world since 2012. 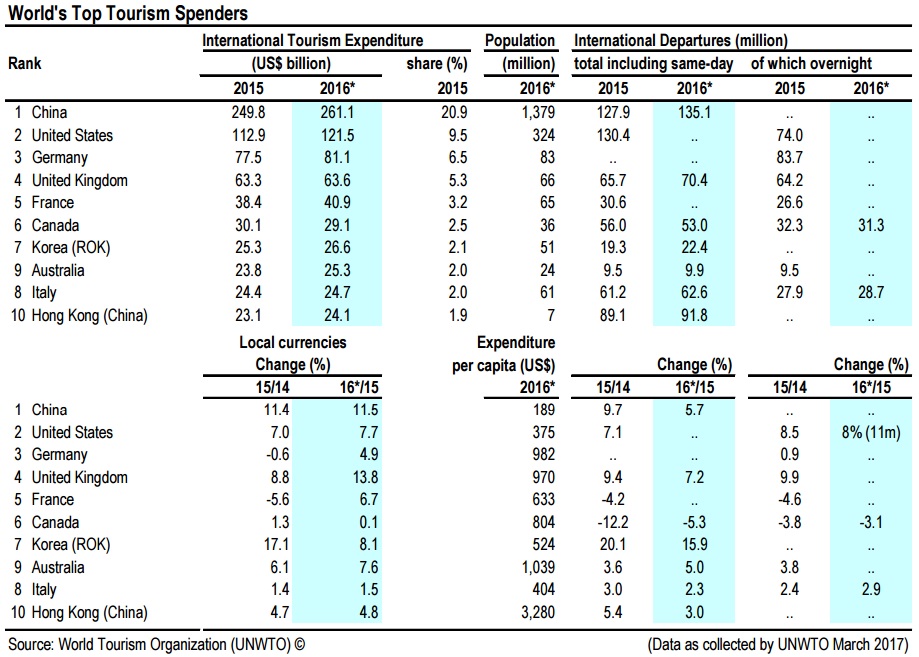 Tourism spending from the United States, the world’s second largest source market, increased by 8 percent in 2016 to US$ 122 billion, up by US$ 9 billion in 2015. Strong outbound demand was fuelled by a robust US dollar and economy.

Demand from the United Kingdom remained sound despite the significant depreciation of the British pound in 2016. UK residents’ visits abroad were up by 7 percent to 70 million, with expenditure close to US$ 64 billion.

France reported 7 percent growth in tourism expenditure in 2016 to reach US$ 41 billion. Italy recorded 1 percent growth in spending to US$ 25 billion and a 3 percent increase in overnight trips to 29 million.

By contrast, outbound tourism from some commodity exporters continued to be depressed as a consequence of their weaker economy and currencies. Expenditure from the Russian Federation declined further in 2016 to US$ 24 billion. International tourism spending from Brazil also decreased in 2016. 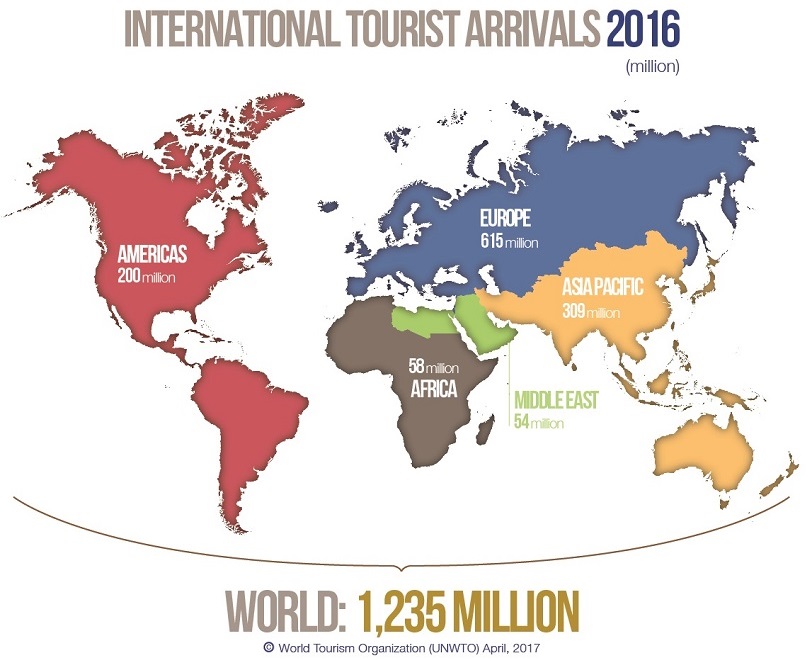 Kountoura: 2017 will be the Best Year in the History of Greek Tourism