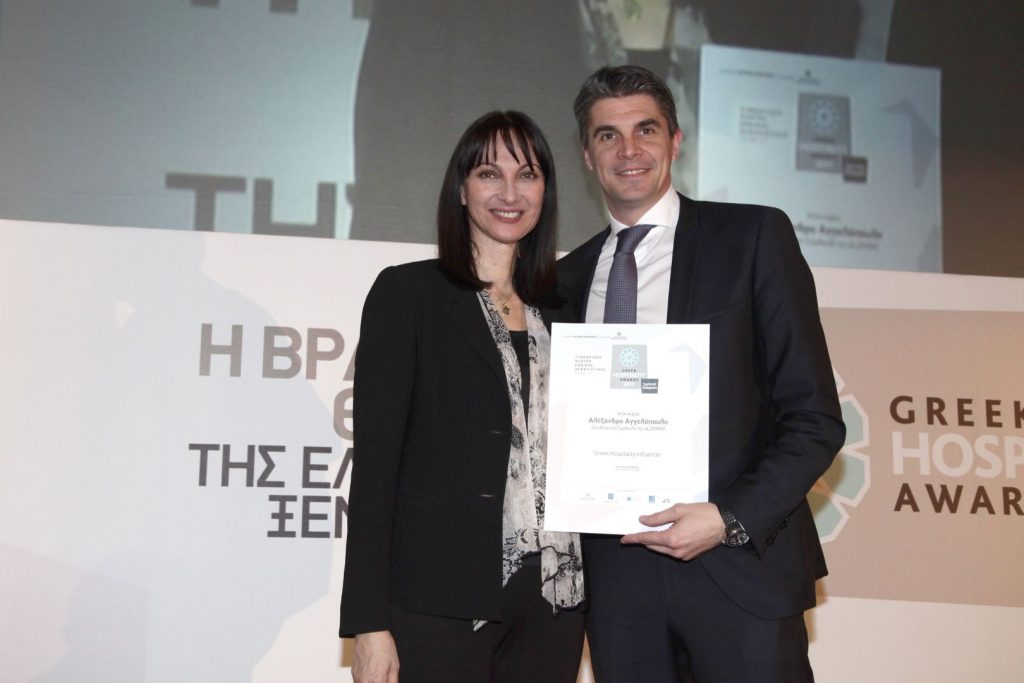 Aldemar Resorts picked up eight awards during last week, in recognition of hospitality excellence and for joining tourism with other sectors of the Greek economy through the Sympossio Greek Gourmet Touring initiative. 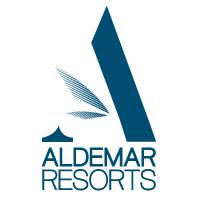 The group picked up seven awards at the Greek Hospitality Awards 2017, held in Athens on March 23, winning two gold awards for “Best Greek Excellence in Service Hotel”, for its  offered innovative services, and “Best Greek Sustainable Hotel”, for its sustainability and Corporate Social Responsibility activities. The 5-star Aldemar Royal Mare won a gold award for its thalassotherapy center (Royal Mare Thalasso & Spa Center) and a silver award for “Best Greek Hotel Dining Experience”. The Aldemar Olympian Village earned the title of best family destination for the third consecutive year and also won a distinction for its beach. The Aldemar Cretan Village was lauded in the “Best Greek All-Inclusive Resort” category for its offered programs and services.

Meanwhile, Aldemar’s CEO, Alexandros Angelopoulos, was awarded with one of the organization’s honorary awards and won the title of  “Greek Hospitality Influencer” for 2017.

Aldemar Resorts was also honored at the Tourism Awards 2017 ceremony on Tuesday, March 21. The group received the gold award for the Sympossio Greek Gourmet Touring initiative in the category “Connecting tourism with other sectors of the Greek economy”. 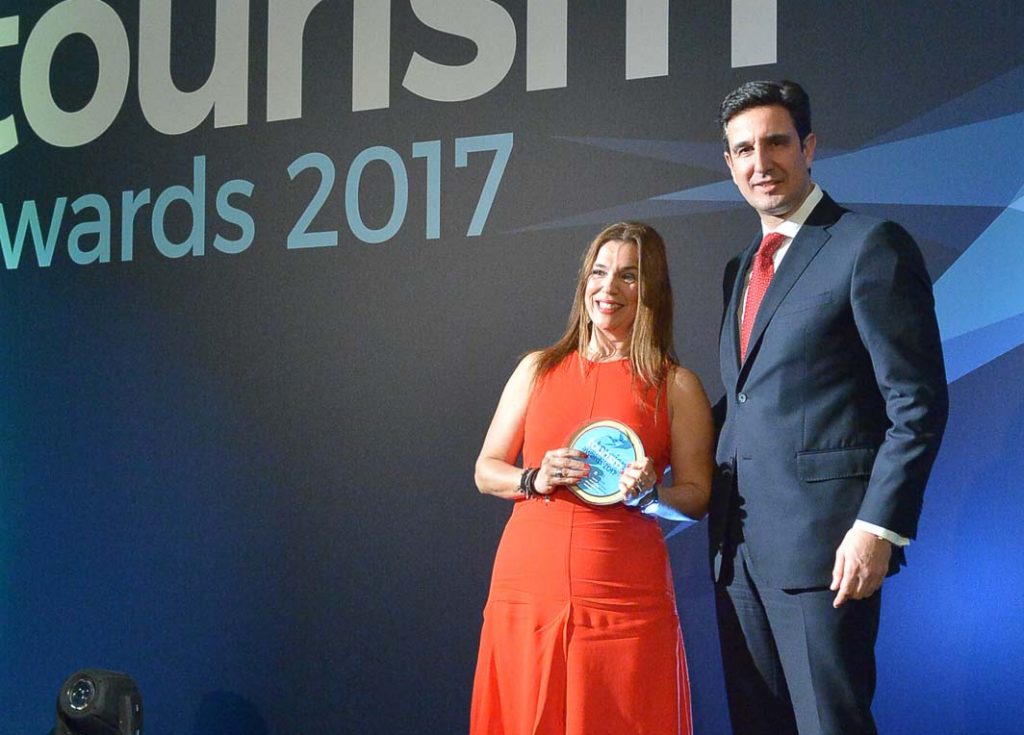 Mandy Kalliontzi, commercial director of Aldemar Resorts and active member of the Sympossio event received the Tourism Award 2017 from the secretary general of the Greek National Tourism Organization, Dimitris Tryfonopoulos.

In its eighth year running, the Sympossio event started in 2010 as an initiative of Angelopoulos. The event promotes synergies and aims to spread the message that “together we can do better” to boost Greece’s image and create favorable conditions for growth through the country’s culinary culture, products and services. Over time, the Sympossio has boosted Greece’s culinary representation in international competitions and events including travel exhibitions (WTM, ITB, MITT), food & beverage trade shows (Sial, Anuga).