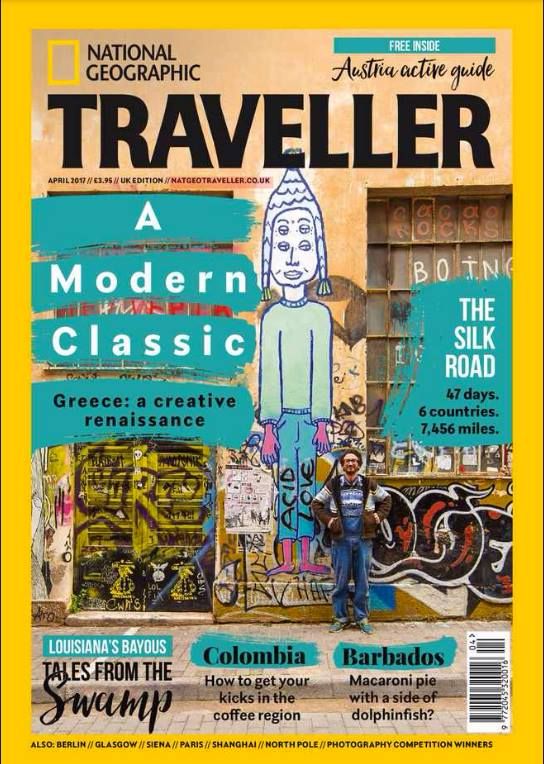 Art, innovation and fresh ideas are the focus of National Geographic Traveller’s latest feature story on Greece titled “Greece – A Modern Classic” set to be released in its April edition.

The booming art scenes of Athens and Thessaloniki feature in the story which speaks of a “creative renaissance” in the making… “despite the financial woes”.

“Greece is enjoying a cultural bloom”, the story’s writer John Malathronas says, adding that from Athens to the islands, Greeks are pursuing “strange dreams” bringing out a “distinctly modern side to this ancient nation”.

Malathronas enjoyed this new side of Greece thanks to a fam top organized by the Thessaloniki Hotels Association (THA) late last year. The northern port city is recommended as an alternative travel destination offering unique culinary, cultural and art experiences.

Meanwhile, Thessaloniki has also been included in the “Travel Destinations” section of The Telegraph.