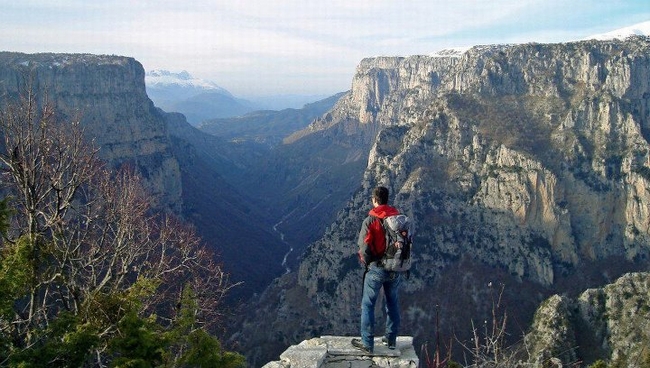 The Region of Epirus, northwestern Greece, is intensifying its promotional efforts aiming to attract more domestic and international tourists and extend the season. 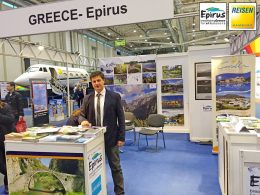 Ilias Gartzonikas from the Region of Epirus’ tourism department at the Reisen Travel Fair held in Hamburg.

Topping the agenda is the promotion of alternative forms of tourism as well as adventure tourism options at its popular destinations which include the Zagori villages, Ioannina, the Vikos Gorge, Konitsa, Parga, Preveza and the Canyon of Acheron.

In this direction, regional authorities have decided to participate in fairs specializing in these forms of tourism, with the Reisen Travel Fair held in Hamburg serving as a start.

The region participated with its own stand showcasing among others caravanning, outdoor-activities, cycling and trekking and offering interested parties the chance to meet with Epirus tourism and hospitality professionals who filled them in on the wide array of offerings and options.

During the event, Epirus authorities had the chance to promote the Vikos-Aoös National Park, which is also on the UNESCO Global Geoparks list, as well as announce a soon-to-be open network of trekking and hiking trails.

Greek-Turkish Chamber Seeks to Strengthen Business Ties with the US