Greek-Turkish Chamber Seeks to Strengthen Business Ties with the US 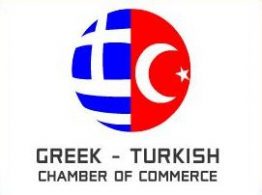 The Greek-Turkish Chamber of Commerce will hold a conference in New York on April 8, in an aim to boost business relations between Greece, Turkey and the US, the chamber’s president, Panagiotis Koutsikos, informed Deputy Foreign Minister Yiorgos Katrougalos during a recent meeting in Athens.

According to Koutsikos, through the conference the chamber will aim to build bridges between American entrepreneurs and Greek and Turkish citizens living in the US.

According to Koutsikos, the trade balance between the two countries in 2016 reached 4.2 billion euros with Greek exports outweighing the imports of Turkish products.