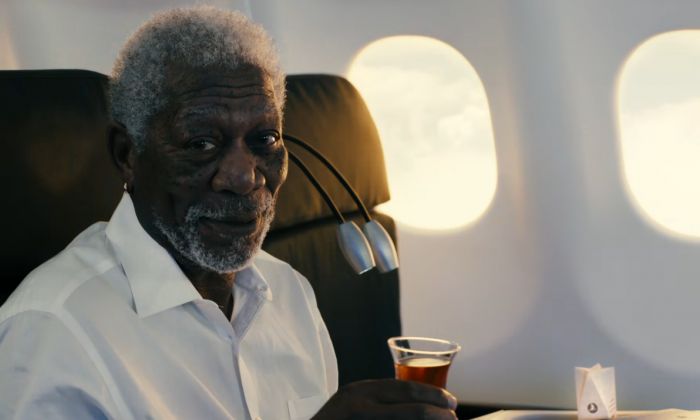 Following its ad campaign “Batman v Superman” in last year’s game at the Super Bowl 50, which had an estimated audience of over 800 million people worldwide, Turkish Airlines once again made a debut with a new commercial starring the Oscar-winning actor, director, voice actor and pilot, during this year’s game.

“There are those of us who like to venture to the unexplored, those of us who go out there with a sense of wonder… Widen your world … Turkish Airlines”, the 79-year-old actor says.

Under the direction of the renowned Matthias Zentner, the commercial was shot in Los Angeles in a period of 10 hours and with a crew of 101 people. The ad will be broadcast in every destination Turkish Airlines flies to worldwide, on 16 TV channels and the most prestigious media outlets around four continents.

Commenting on the deal made with Morgan Freeman, M. Ilker Ayci, Chairman of the Board and the Executive Committee of Turkish Airlines, said that the airline invests in passenger experience at every destination it reaches. 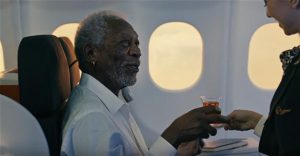 “In line with our global growth strategy, we will continue at full speed to launch new flight destinations. We are committed to innovation and we always aim for the best… Our new ad campaign with Morgan Freeman has already been a smash hit. We value our deal with Freeman for his contribution to our global image and brand awareness.”

On his part, Morgan Freeman said that he was honored to work with such a prestigious airline that flies to more countries than any other airline in the world.

“As a licensed pilot, I have had a special interest in flying, and I know Turkish Airlines is consistently awarded for its unique offerings and innovative services that continue to score resounding successes. Besides it has amazingly delicious on-board and lounge catering.”

Turkish Airlines is a member of Star Alliance and flies to 296 destinations worldwide with 247 international and 49 domestic.

Due to the high viewership, commercial airtime during the Super Bowl broadcast is the most expensive of the year.