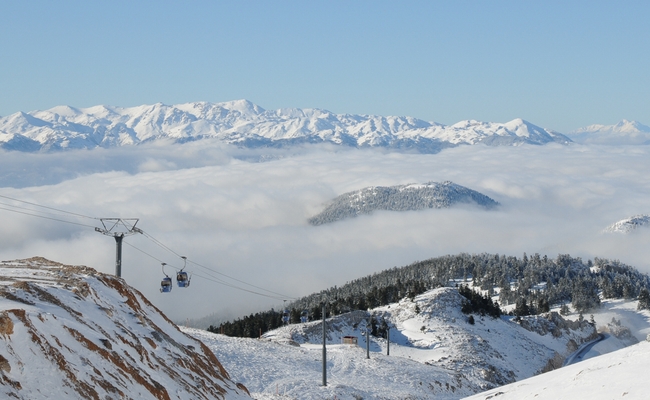 Hoteliers across Greece are expressing their disappointment and blaming TV channel weather forecasts for the decreased bookings mainly to destinations known for their winter offerings over the three-day Theofania holiday last weekend.

Georgios Zafiris, president of the Magnisia Hotels Association told Naftemporiki that the number of cancellations at popular Mt Pelion hotels dropped by 50 percent despite there being no actual problem resulting from the snowfall in the area. Zafiris added that traffic across Mt Pelion was normal and the ski resort there in full operation.

Meanwhile, hospitality professionals in Arcadia, home to many traditional winter destinations including the ski resort of Mt Menalon, also saw cancellations due to the weather conditions claiming news bulletins were mainly to blame for creating unnecessary hype and urging people to stay home.

The ”exaggerations” created panic which in turn impacted the hotel sector, Zafiris said, adding that small- and medium-sized businesses were expecting to see income during the holiday in order to meet financial obligations and increased operating costs due to overtaxation.

Arcadia Hotels Association president Konstantinos Marinakos added that business activity is expected to drop in the period ahead. “I’m not optimistic,” he said, adding that Arcadia hotel proprietors are already offering special deals to attract visitors.

Heading the Halkidiki Hotel Association, Gregory Tassios also spoke of reduced tourist traffic to the region adding that most of the activity took place during the Christmas and New Year’s holidays but was reduced compared to last year.