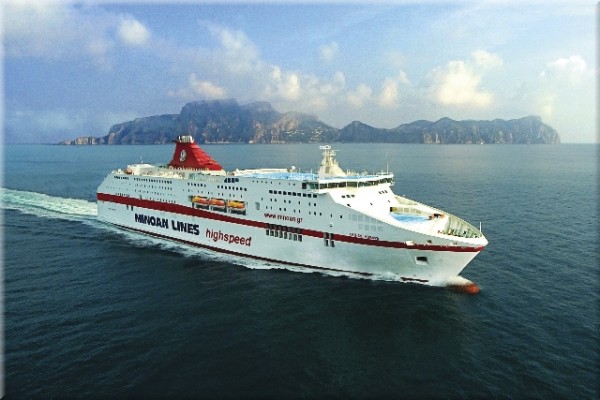 Grimaldi Group company Minoan Lines announced that it will stop serving the Patras-Ancona route after 35 years, limiting its operations exclusively to the Greek domestic market.

Redelivering two ships to sister company Grimaldi Euromed, the Greek ferry company said in an announcement to the Athens Stock Exchange, that charter of Cruise Europa (photo) and Cruise Olympia have ended. In financial terms, Minoan is set to lose an estimated 104 million euros from its Adriatic income, which will now be running under Euromed’s umbrella.

Besides operating the Piraeus-Iraklio routes with the Knossos Palace and Festos Palace, Minoan Lines is eyeing a 40.4 percent stake in ferry services provider Hellenic Seaways (HSW), which is up for sale after Piraeus Bank launched an open international tender. Minoan already holds a 48.4 percent stake in HSW.

Napoli-based Grimaldi Group has also announced that it would boost its Greece-Italy link by including Venice effective January 3 in the Ancona-Igoumenitsa-Patras itinerary, currently operated daily by Cruise Europa and Cruise Olympia.