UNESCO has inscribed the centuries old custom of the “Momoeria” held annually in the wider Kozani region, northern Greece, on its Representative List of the Intangible Cultural Heritage of Humanity this week.

The 12-day festivities marking Christmas, New Year’s and the Epiphany (on January 6) are held in eight villages in the Kozani area, Western Macedonia, to wish the community prosperity in the year ahead, including healthy offspring and good harvests but now also encourages the sustainable management of natural resources.

Starting December 25 through to January 5, dancers, actors and musicians can be seen performing in village streets and visiting people’s homes to celebrate the coming of the New Year in a tradition that dates back to the pre-Christian era but was later “christianized” by the Pontic Greeks, who lived on the shores of the Black Sea and in the Pontic Mountains of northeastern Anatolia. 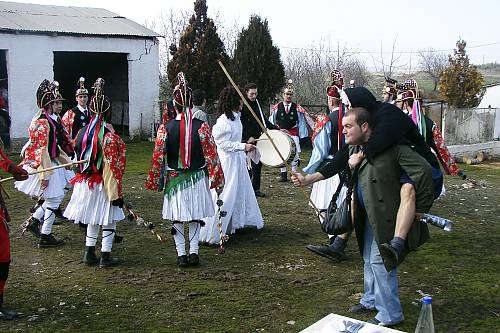 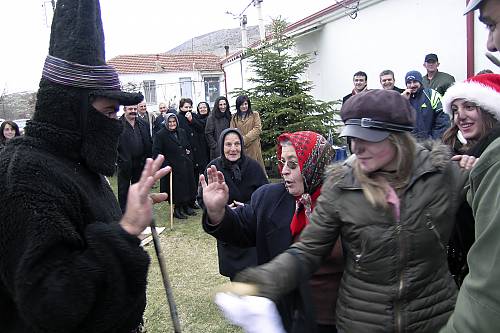 Among the performers, a group of 30 male dancers — the Momoeria — represent the priests of Momos (god of laughter and satire) or commanders of Alexander the Great wearing helmets, pleated skirts, traditional shoes and brandishing sticks dancing under their leader’s command to convince the powers of nature not to endanger the livelihood of villagers.

Festivities culminate in the town square with everyone singing and dancing around a fire until daybreak. The custom is passed on from older to younger generations.

The “Momoeria” custom is the fourth Greek tradition to be included on the Intangible Cultural Heritage list, the other three being the Mediterranean Diet, the traditional harvesting and produce of mastic (masticha Chiou) on the island of Chios and the marble mastery of Tinos.

Greece has also applied for the Greek music genre the rebetiko to be included on the list and it is set to be evaluated by the UNESCO committee in the fall of 2017.

The UNESCO decision was announced on Wednesday during the 11th session of the UNESCO Intergovernmental Committee for the Safeguarding of the Intangible Cultural Heritage (ICH) in Addis Ababa, Ethiopia.