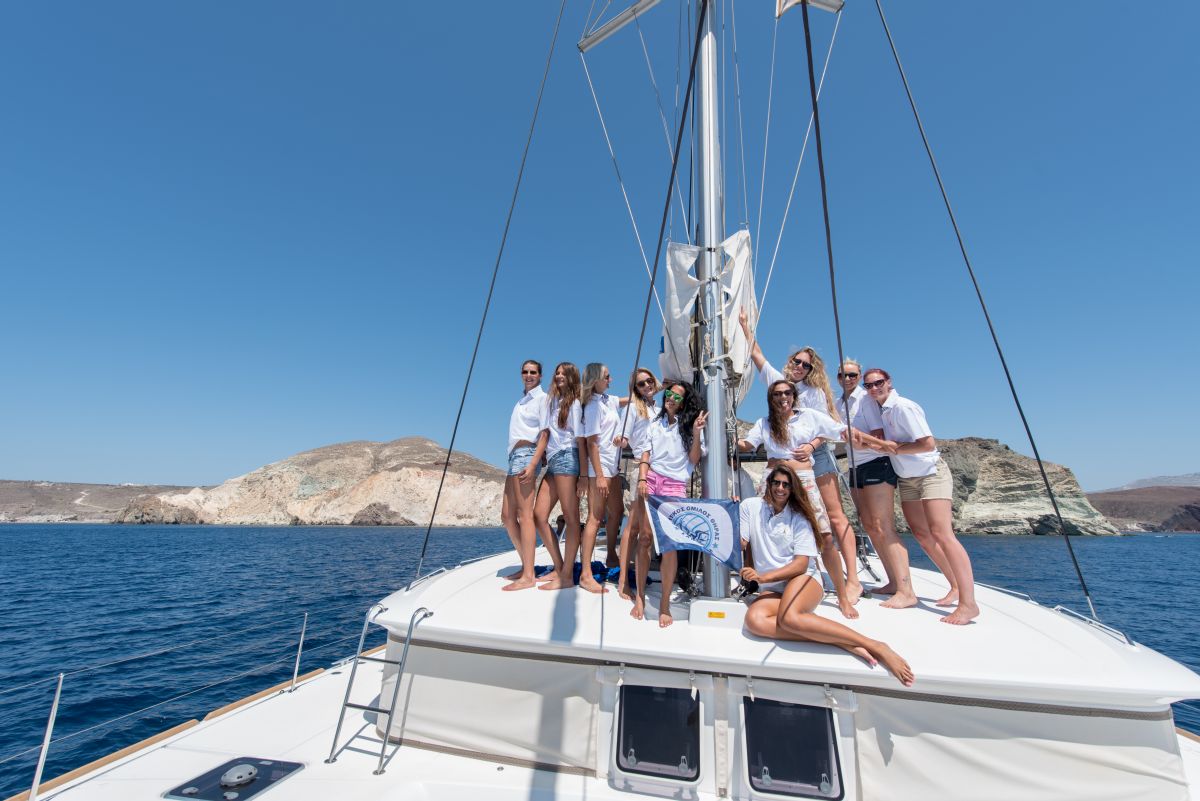 Caldera Yachting is once again standing next to the women’s volleyball team of the Thira Athletic Federation (A.O. Thiras) on Santorini. The Greek company has renewed its cooperation with the federation for the 2016 – 2017 period and is the Gold Sponsor of the team.

Operating in the market of Santorini since 2009 with its main specialty being yachting services, Caldera Yachting supports local initiatives and actions and highlights significant efforts of social responsibility and healthy standards that contribute to the development of sports in the region.

According to Caldera Yachting, A.O. Thiras is considered the best example of such an effort, given the objectives it set out since 2012 to establish a remarkable volleyball team and develop the sport in the region and also attract the interest of children.

Today, three years after its foundation, the team has managed to progress from the local Cyclades League to the Women’s A1 National Class, which will lead to its first participation in the CEV Volleyball European Championship – Women in Israel.