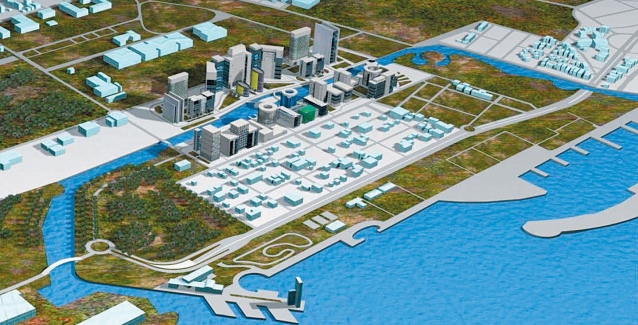 Plans to transform the abandoned Hellenikon airport complex in Glyfada into one of Europe’s largest coastal parks may yet again be put on the back burner after the culture ministry’s archaeological service through a document called for a listing of archaeological sites on the property.

The document led to an outcry by opposition parties over the weekend, which described the announcement as efforts to “sabotage” the project spurring the response of Culture Minister Aristides Baltas, who said on Monday that “the investment will go ahead as planned”.

Athens-based consortium Lamda Development, the only bidder, is set on spending some 915 million euros to redevelop the site, which includes Athens’ former airport, a disused runway, two former military airbases and 2004 Olympic Games facilities, and which is considered to be the largest urban regeneration project in the Mediterranean. Abandoned buildings and hangars are in the meantime hosting some 3,000 refugees.

Minister Baltas, who is currently on Crete, said that the opposition always “choses to create havoc as if unaware of the issues and laws that apply when cultural heritage and investments coexist”.

“The Culture Ministry believes investments and cultural heritage can coexist in harmony and for the mutual benefit of all parties involved,” he said, and added that “investors are aware of the requirement for the identification of ancient finds in and outside the Hellenikon site.”

“This is in no way affecting the investment,” Mr Baltas said. “Athens is also a listed archaeological site and this has not stopped the development activities nor the life in the city… it only means that the Archaeological Service will be monitoring works regularly.”

Plans include the construction of a metropolitan park housing luxury hotels, theme parks, museums, malls, cultural venues, health centers, educational and research facilities as well as the upgrade of the existing marina and coastal front.

According to studies, once completed the Hellinikon project is expected to have a positive impact on Greek tourism with an additional increase of one million tourists per year.

Turkey: No Visa Waiver, No Refugee Deal, Greece Suffers as EU Looks On