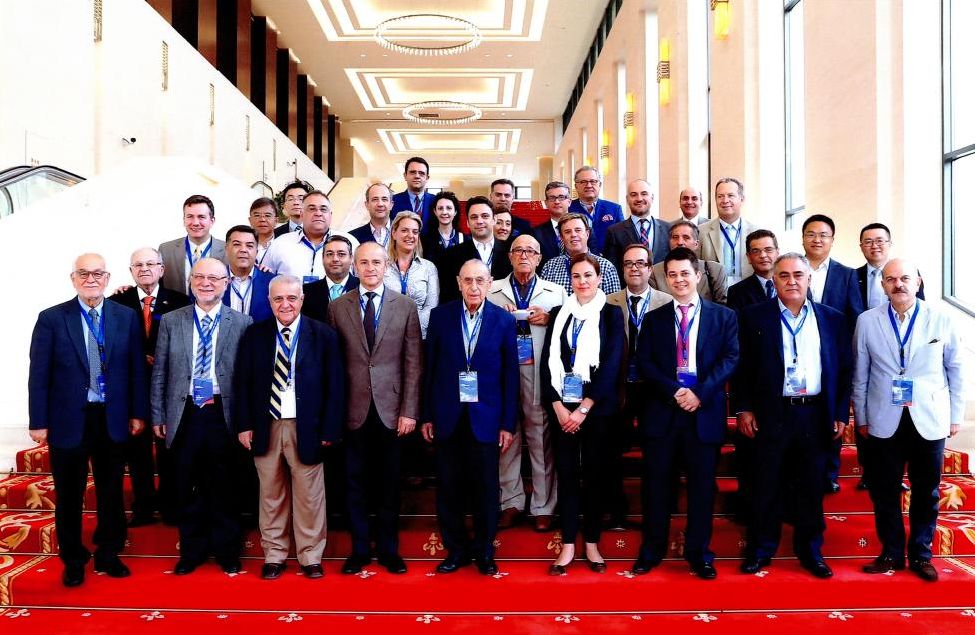 The business delegation of 40 Greek entrepreneurs that accompanied Prime Minister Alexis Tsipras during his recent visit to China.

In efforts to promote the interests of its members, the General Panhellenic Federation of Tourism Enterprises (GEPOET) explored the potential of working together with Chinese sector professionals during Greek Prime Minister Alexis Tsipras’ recent visit to China.

Mr Trivizas, who is already active in China with an office there, had the opportunity to discuss business initiatives with local tourism players including airlines, tour operators and tour agents.

The program of the business delegation included a visit to the headquarters of the Chinese Investment Bank, which manages 1.7 trillion dollars for investment in international markets of which 5 billion are intended for shipping and tourism investments. Greek businessmen also met with the president of China Travel Service and with executives from CTRIP and UTOUR.

While in China, the Greek prime minister also met with Jack Ma, executive chairman of Alibaba, the Chinese online sales platform serving over 10 million small business customers and 423 million users to discuss a collaboration in Greece.

GEPOET, representing travel agencies, coach services, shipping agencies and yachting enterprises, and home to over 1,000 members aims through the meetings in China to boost incoming tourism and strengthen ties between the two countries.