ITEP: Greece May See Increase in Tourist Arrivals this Year, but Not in All Destinations 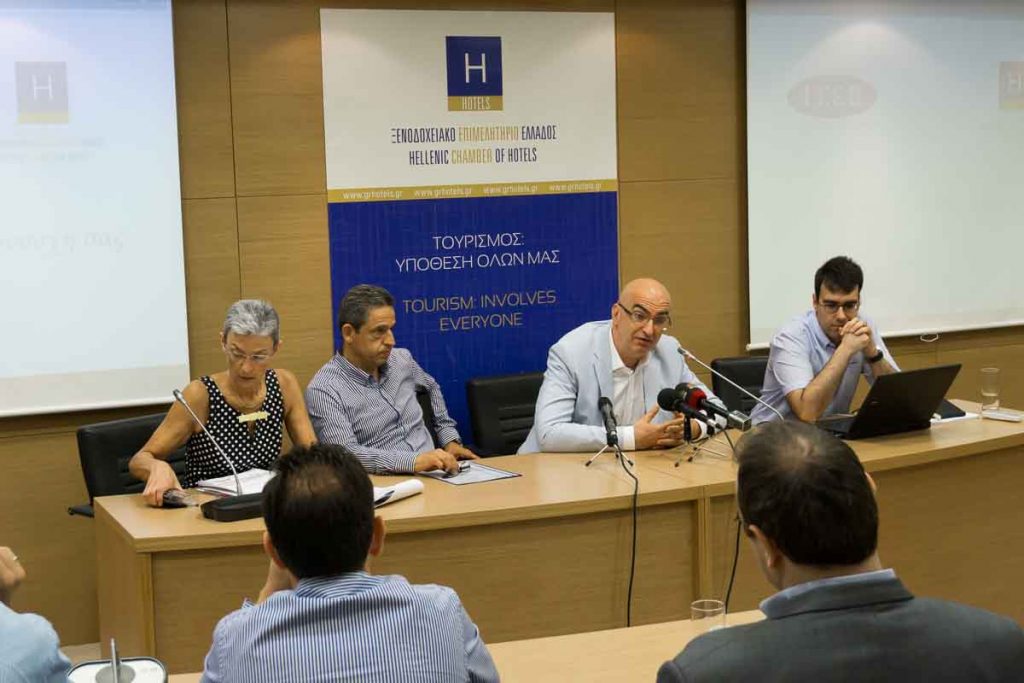 The president of the Hellenic Chamber of Hotels, Yiorgos Tsakiris, speaking to journalists during the presentation of ITEP’s study on developments in the Greek hotel industry. Photo: GTP

Greece may see an increase in international tourist arrivals this year, though with mixed results across individual destinations, according to the annual study of the Institute for Tourism Research and Forecasts (ITEP) that was presented to journalists at the offices of the Hellenic Chamber of Hotels in Athens on Wednesday.

According to the study, which focused on the developments in world and Greek tourism and in the Greek hotel industry in 2015, inbound tourism this year is expected to maintain the momentum and even present an increase in arrivals to the level of 25 to 27 million.

However, as the study underlined, the increase will not be equal across individual destinations in Greece, as there is the “intense problem” of refugees and migrants that have arrived in the country.

The study reported that it is “quite possible” for the islands of the North Aegean to see a decline in tourist numbers this year.

“However, from 2015, a slowdown in the growth of both tourist arrivals and receipts has started to surface. This, combined with the migration/refugee problem is very likely to slow down further development of Greek tourism”, the study noted.

Moreover, ITEP’s study shed light on the major blow domestic tourism received due to the economic crisis during the 2008-2014 period. Due to the crisis, travel of the Greeks in their own country declined by 45 percent and to destinations abroad dropped by some 52 percent.

According to the study, the most popular domestic travel destination for the Greeks is Central Macedonia, which received 15.9 percent of overnight stays of Greek tourists in 2014 (2013: 15.3 percent, 2008: 16.5 percent). The second domestic destination of choice of the Greeks is the Peloponnese, which makes up for some 10 percent of overnight stays in hotels. 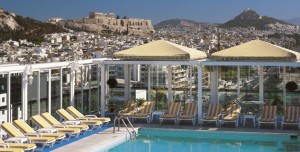 During the presentation of ITEP’s study, the president of the Hellenic Chamber of Hotels, Yiorgos Tsakiris, was asked to comment on the recent closure of the Athens Ledra Hotel.

“It’s closure is a huge blow to the tourism product of Athens”, Mr Tsakiris said, adding that the Athens Ledra was not the first hotel to shut its doors in recent years in the Greek capital.

According to the chamber’s president, a total of 73 hotels in Athens have ceased operations since 2011.

“But the Ledra is considered one of the most emblematic hotels of destination Athens  and for this reason, this development saddens the hotel industry.”