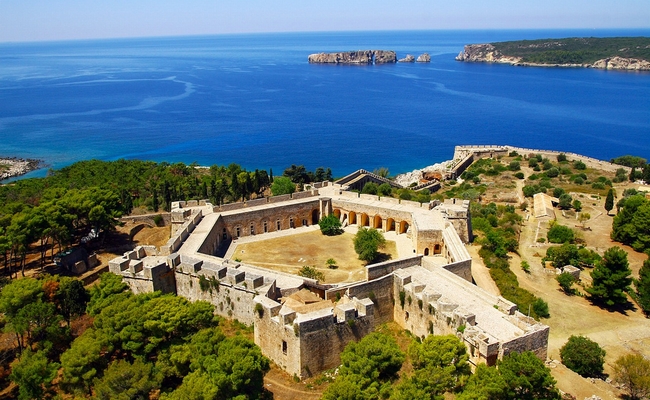 US explorer Josh Gates adds Greece to his long list of adventures with his TV series “Expedition Unknown” set to feature the Minoan Civilization and the secrets of its demise on the Travel Channel this coming fall.

As part of its long-term promotional strategy, the Greek National Tourism Organization (GNTO) is supporting and aiding Mr Gates and his 14-member team who are currently in Greece to film in Heraklion, Athens, Pylos, Southern Laconia and Santorini.

Having traveled to more than 90 countries in search of the world’s most enduring legends, “Expedition Unknown” chronicles Mr Gates’ adventures as he explores unsolved iconic legends across the globe. More that 500,000 viewers tune in to see the scuba diver and photographer in action.

Meanwhile, Chinese journalists will also be visiting Greece at the end of the month in order to prepare a 23-page feature on Athens and other Greek destinations for Air China’s August edition of inflight magazine Wings of China. For the needs of the feature, the GNTO has organized a press trip to Nafplio, Epidaurus, Zakynthos, Santorini, Rhodes, Delphi, Kalambaka and Meteora.

ITEP: Greece May See Increase in Tourist Arrivals this Year, but Not in All Destinations

Tinos Waterway Gets Eco Thumbs Up, Works Kick Off