TripAdvisor, the travel planning and booking site, recently announced the winners of its Travelers’ 2016 Choice awards for Landmarks. The Acropolis in Athens is among the top 25 landmarks in the world, ranking 17th.

The list of Europe’s top landmarks includes the Acropolis in the 10th place.

TripAdvisor’s top five landmarks in the world are Machu Picchu in Peru followed by the Sheikh Zayed Grand Mosque Center in Abu Dhabi, Angkor Wat in Cambodia, St. Peter’s Basilica in Vatican City and the Taj Mahal in India. Europe’s top five lanmarks, according to Tripadvisor, are St. Peter’s Basilica in Vatican City in Italy, Mosque-Cathedral of Cordoba in Spain, Church of the Savior on Spilt Blood in St. Petersburg in Russia, The Alhambra in Granada in Spain and Milan Cathedral in Italy. 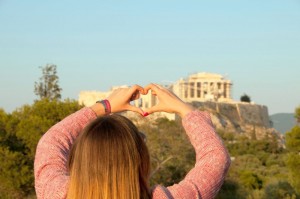 “These Travelers’ Choice award-winning landmarks attract millions of visitors each year and represent some of the world’s most impressive examples of human ingenuity,” said Barbara Messing, chief marketing officer for TripAdvisor.

“Travelers who want to discover, or rediscover, these iconic attractions can book tours for unique experiences including in some cases exclusive behind-the-scenes access.”

Tripadvisor also released the Top 25 Landmarks in Greece as voted for by TripAdvisor travellers.