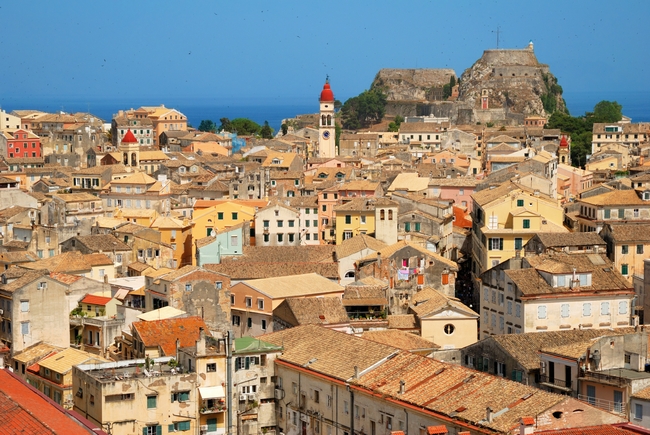 The challenges of the hospitality sector took center stage during a meeting of the Corfu Hotels Association on Tuesday, which examined an accommodation classification network that unites all hospitality outlets under a single system covered by quality assurance safeguards.

Jointly organized with the Hellenic Chamber of Hotels (XEE), the event saw the participation of more than 170 Corfu hoteliers and presented the findings of a recent Institute for Tourism Research and Forecasts (ITEP) report for the Ionian Islands, indicating a steady rise in tourism, with the hotel capacity for the 2000-2015 period recording a 30 percent rise.

In addition to the positive tourism results, the Ionian Islands have also seen an increase in the number of five-star hotel units.

During the event, XEE President Yiorgos Tsakiris was quick to point out that the constantly changing taxation framework is bound to take a toll on the sector’s competitiveness as it comes on top of other challenges already posed by the sharing economy.

Mr Tsakiris also noted that the chamber is planning to further develop the “Greek Breakfast” program, which supports the local economies of destinations through the offer of quality local products on the breakfast menus of hotels.

On his part, the president of the Corfu Hotels Association, Panagiotis Bramos, highlighted a series of problems that hotels will be facing with the start of the season, such as the levy charged on hotels for the use of seashore and beach space, which has yet to be determined by the state.

Handful of Greek Isles Up for Grabs