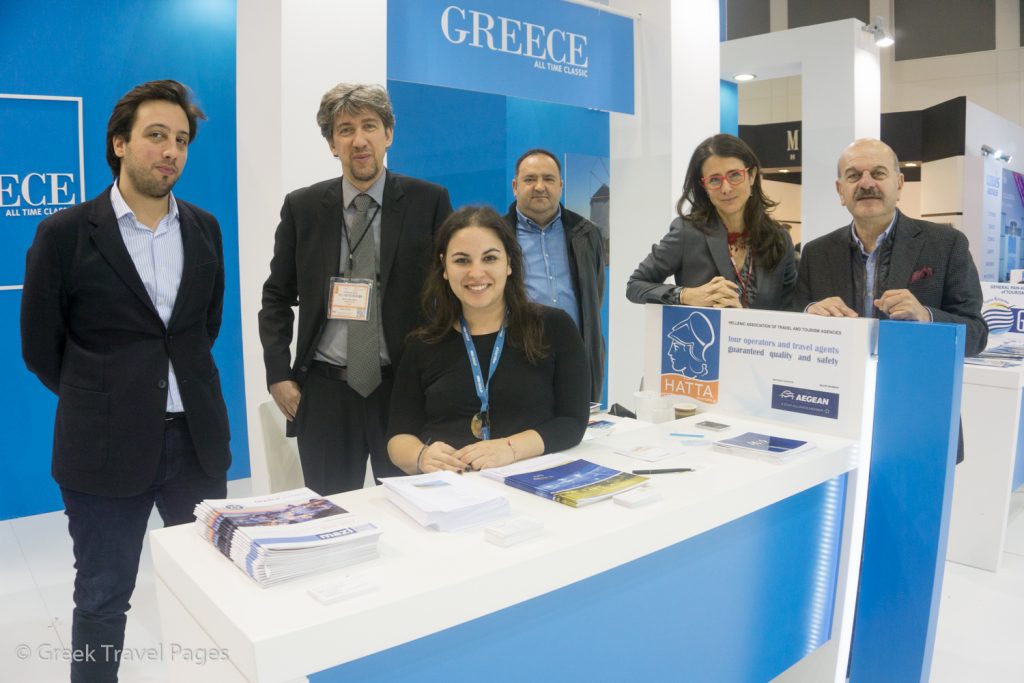 A tourism delegation of Greek travel agents visited Berlin during the ITB trade show on March 9-13 to promote Greece, exhibit their services and discuss partnerships with foreign tour operators.

The president of the Federation of Hellenic Associations of Tourist & Travel Agencies (FEDHATTA), Lysandros Tsilidis, represented the Greek travel agency sector and promoted the country in the best way during his meetings with representatives of the global tourism industry.

During ITB, Mr Tsilidis participated in the meeting of Greek Alternate Tourism Minister Elena Kountoura with the president of the European Travel Agents’ and Tour Operators’ Associations (ECTAA), Lars Thykie. The Hellenic Association of Travel & Tourist Agencies (HATTA) is an active member of ECTAA, representing Greece.

Furthermore, Mr. Tsilidis had the opportunity to meet and discuss tourism issues with the secretary general of the UNWTO, Taleb Rifai, during his visit to the Greek stand.

FEDHATTA’s president accompanied Minister Kountoura and the secretary general of the Greek National Tourism Organization (GNTO), Dimitris Tryfonopoulos, when they gave Mr Rifai a tour of the stands of the North and South Aegean islands.

“The common conclusion of all Greek participants at the trade show is that Greece remains high among the preferences of both European and international tour operators”, FEDHATTA said in an announcement.