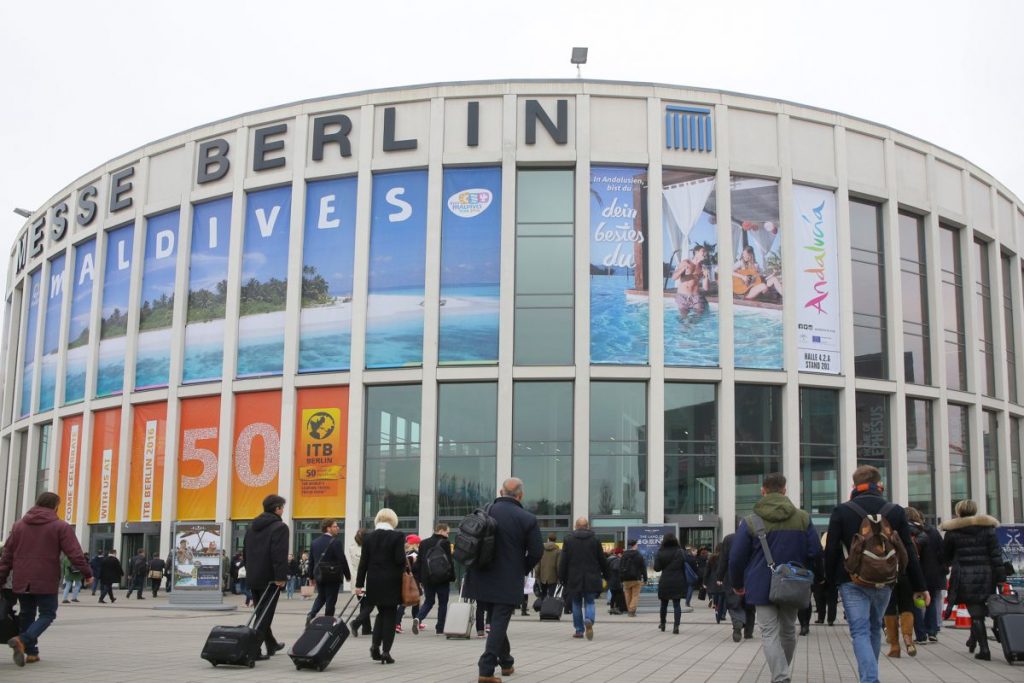 As it took place for the 50th time, from March 9 to 13, the ITB Berlin saw some 10,000 exhibiting companies from 187 countries and regions meet with 120,000 trade visitors in the 26 exhibition halls, according to the estimated figures given by Messe Berlin on Sunday, at the close of ITB Berlin 2016.

“Never before in its 50 years has ITB Berlin welcomed so many trade visitors to the exhibition halls”, said Dr. Christian Göke, Chief Executive Officer of Messe Berlin.

On the purchasing side there was also a further increase in the number of decision-makers: two thirds of the trade visitors stated that they held direct authority for all purchasing decisions. Business conducted during the trade show rose from last year’s figure of 6.7 billion euros to around seven billion this year.

“After this five day event trade visitors and exhibitors are leaving Berlin with a clear message: even in times dominated by a ‘sense of uncertainty’, people are not willing to do without their holiday trips”, Dr. Göke said.

“ITB Berlin has again provided evidence that this trade show, a global market place and a platform for personal encounters, provides a ‘firm foundation for the industry during turbulent times’, and in the digital age too it has lost none of its importance for the travel industry all over the world.”

Summing up the five day trade show on the Berlin Exhibition Grounds: the international travel industry has shown its resilience in the face of the refugee crisis and geopolitical risks, demonstrating that it remains in a robust state as a vigorously expanding industry despite difficult global conditions.

In Germany, one of the most important source markets for international tourism, the uncertainty of the first weeks of the year is clearly being replaced by a growing confidence. After a somewhat restrained start to the 2016 travel season, the desire among the German public for vacation trips is currently being accompanied by an ongoing positive mood among consumers and a stable job market. Moreover, a reduction in the cost of living and above all the sharp fall in energy prices have given consumers in the Eurozone additional financial scope for the most enjoyable weeks of the year.

“ITB Berlin is ‘more than just a trade show’ – today, all over the world, it represents Germany, symbolizing hospitality and serving as a practical example of international understanding”, Dr. Göke added.

The travel trade show that was held for the first time in Berlin 50 years ago has evolved into an international success: ITB Asia has been held annually in Singapore since 2008. Furthermore, as Messe Berlin has recently announced, from May 2017, ITB China will be taking place annually in the populous city of Shanghai in cooperation with that country’s major tour operators and travel agents.

ITB Destination Days – George Drakopoulos, President & CEO, tourism generis, Special Adviser to the Secretary General of the UNWTO (second from right) speaking on the refugee issue during the “Escape, Migration And Tourism” panel.

According to Messe Berlin, the 13th ITB Convention attracted a record attendance in eight halls on the exhibition grounds. The 200 events at the convention were attended by over 26,000 visitors. The main themes at the ITB Convention, which is regarded as the “think tank” for the international industry, were “Travel 4.0” and the complete digitalization of all the various business processes of travel companies. Due to the evident willingness of many travelers to spend, the subject of luxury travel also attracted a great deal of interest. Discussions also took place about the opportunities and risks facing tourism as a consequence of the influx of refugees to Europe.

Over the weekend, according to a provisional estimate by the organizers, some 60,000 members of the public took advantage of the wide range of information available from tour operators, including those representing niche markets. Including trade visitors, between March 9 and 13, ITB Berlin attracted a total of some 180,000 visitors.

More than 5,000 accredited journalists from 80 countries, as well as around 380 bloggers from 30 countries, reported from ITB Berlin. The trade show was also a meeting place for politicians from Germany and many other countries, as well as for many diplomats. In addition to 124 delegations, it was attended by the members of four royal houses, 48 ministers and 87 ambassadors from all over the world.

The next ITB Berlin will take place March 8 to 12, 2017. The Official Partner Country will be Botswana.