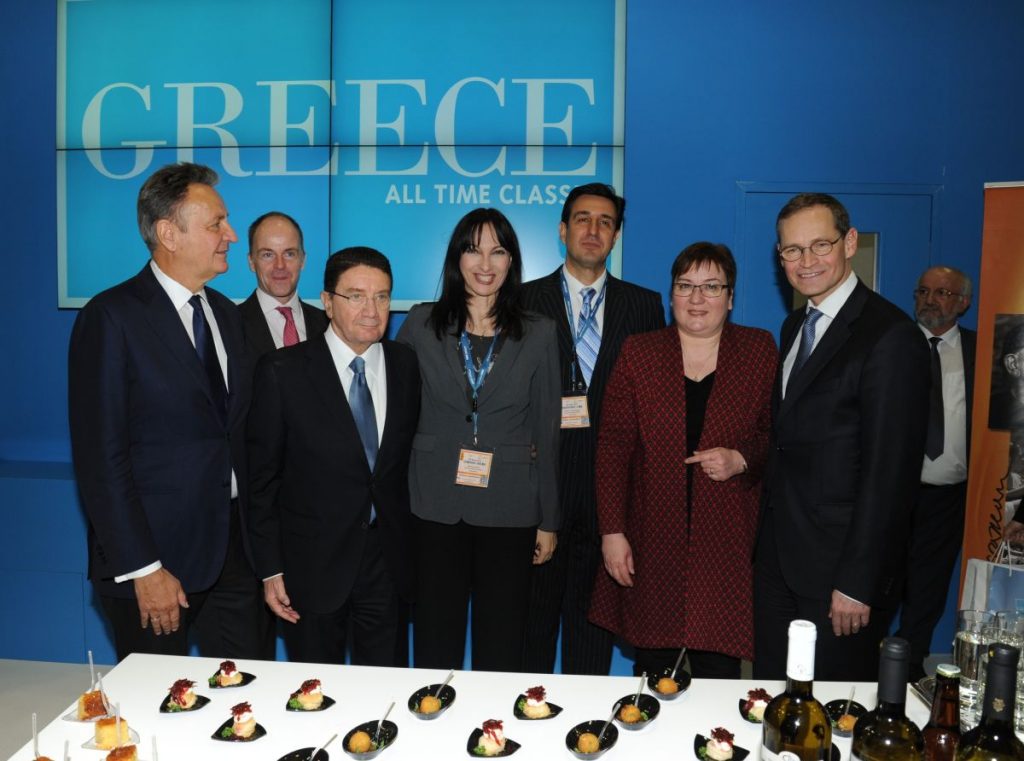 Greek Alternate Tourism Minister Elena Kountoura received positive messages for tourism in Greece this year, during a series of meetings she had with German tour operators on the first day of the ITB tourism fair in Berlin on Wednesday, March 9.

“This year Greek tourism is expected to see an even better year than 2015”, Minister Kountoura said.

The German Travel Association (DRV) and leading tour operators that handle a significant share of European tourism informed the minister that demand for holidays in Greece is up. In statements to the press, DRV’s president Norbert Fiebig confirmed that booking are increasing for Greece.

Ms. Kountoura informed the German tour operators that the Tourism Ministry is promoting and supporting in every way possible the islands that had experienced pressure due to refugee flows (Kos, Lesvos and Samos). She underlined that the situation is returning to normal and the islands are more than ready to welcome visitors.

Representatives from Kos told GTP that German bookings had in fact improved from the previous month and at the moment are down by a mere five percent compared to the same period last year. On the other hand, bookings for Lesvos and Samos have fallen sharply.

According to the FVW Daily, which is distributed at ITB, TUI Germany is 12 percent ahead of last year for Greece. Thomas Cook has reported no cancellations to Greece and confirmed that the country is still the third most popular destination for its customers in summer 2016.

The Greek Tourism Confederation (SETE) also gave a positive forecast. According to SETE’s president, Andreas Andreadis, international arrivals this year could reach 25 million (27.5 million including sea cruise passengers), from 23.5 million in 2015 and the total revenue could reach 15 billion euros in 2016, from 14.2 billion in 2015.

However, he added that for these increases to take place, the Greek State must follow the decisions of the EU on handling the refugee crisis.

ITB Berlin will run until March 13.