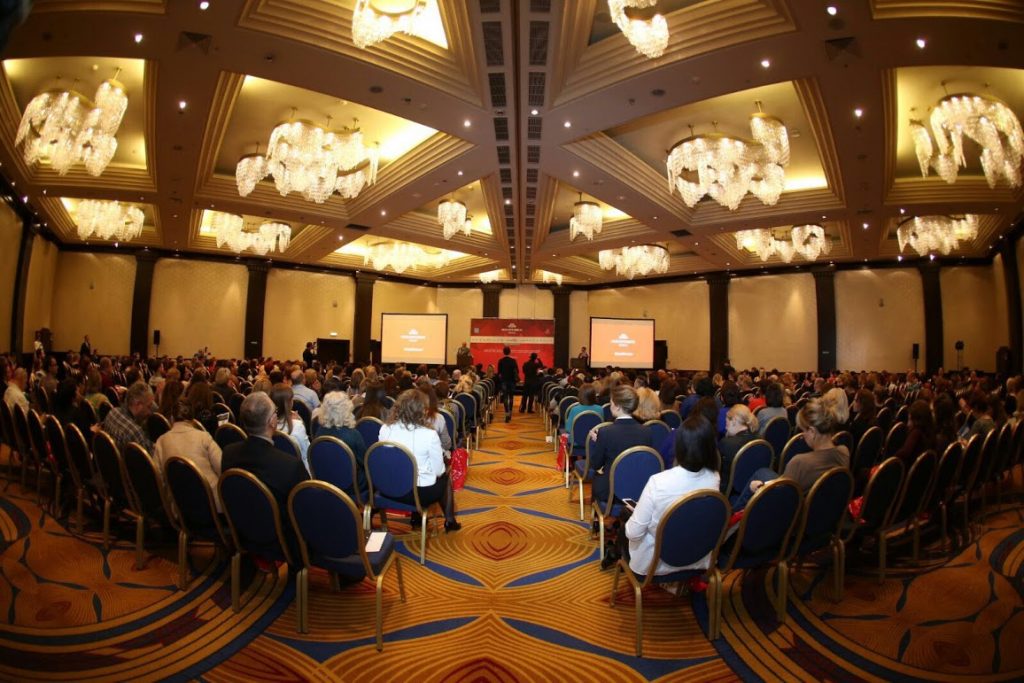 More than 700 tour operators from across Russia participated in the Mouzenidis Group’s 1st Business Forum 2016 held at the Renaissance Monarch Center in Moscow on Tuesday, which cast the spotlight on Greece and its tourism offerings this summer.

Organisers said that through the forum they aimed to form business ties with their Russian counterparts, introduce new tools and apps as well as incentives to boost sales and present effective methods to promote Greece’s tourism product.

Held within the “Cross-year Greece & Russia” events, the Moscow meet is the first in a series to be held in other cities in Russia, Ukraine and Belarus. The Mouzenidis Group forum also included workshops, seminars, presentations and interviews aimed at improving the Group’s wide array of services.

Addressing the audience via video call, Alternate Tourism Minister Elena Kountoura underlined the importance of the Russian market for Greek tourism, and presented the actions planned by the ministry and Greek National Tourism Organization (GNTO) towards further attracting and strengthening tourism ties between the two countries.

Referring to the crucial issue of visas, Consul General Eleni Michalopoulou said the Consulate General of Moscow is working to meet the growing number of visa requests and said the goal is to operate a total of 29 visa centers in Russia in the coming months.

In the meantime, the Mouzenidis Group has recorded and upward trend in pre-bookings from Russia by 25-30 percent. The group estimates an increase in the number of Russian travelers to Greece by as much as 50 percent if the visa regime works effectively and quickly, as pledged.

The group also announced that it had launched a new office in Limassol, Cyprus.