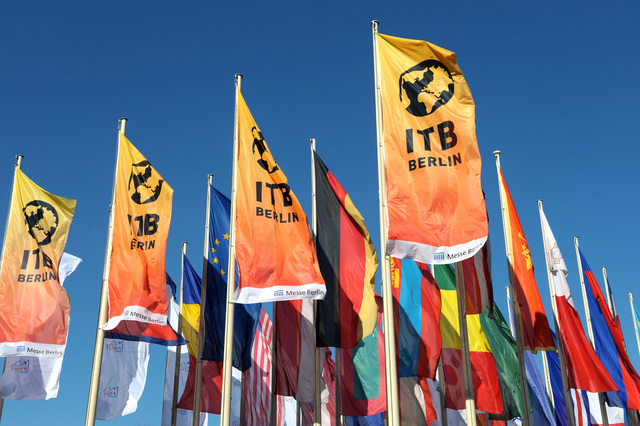 On the 50th anniversary of ITB Berlin, UNWTO’s activities at the fair will focus on the development of the Silk Road and the World Tourism Network on Child Protection. ITB 2016 will take place on 9-13 March.

One of the major events organized by UNWTO at ITB Berlin will be the 6th UNWTO Silk Road Ministers’ Meeting on March 9. The meeting brings together ministers and high ranking officials from over 20 countries to discuss how public/private sector partnerships (PPPs) can contribute to advancing tourism on the Silk Road. The meeting will focus on the valuable role of PPPs in marketing and promotion, infrastructure development, heritage management, aviation, major events and risk and crisis management. On the occasion, UNWTO will launch the Silk Road Action Plan 2016/2017. In addition, the 5th UNWTO Silk Road Tour Operators’ Forum (March 10) will take place as a means to empower inbound Silk Road tour operators to better understand, engage and work with the international travel trade.

UNWTO will also hold the 31st Meeting of the World Tourism Network on Child Protection on March 10, an initiative to prevent all forms of child and youth exploitation in the tourism sector. Under the chairmanship of Carol Bellamy, the Chair of the Network and former Executive Director of UNICEF, the meeting will focus on Responsible Business Strategies and Child Protection in Tourism, highlighting the good practices championed by the tourism industry. The event will feature interventions from ABTA, TUI Group, as well as the Chair of the High Level Global Task Force to End Sexual Exploitation of Children in Travel and Tourism Najat Maalla M’jid, who will share the results of the Global Study on the Sexual Exploitation of Children in Travel and Tourism.

Additionally, the UNWTO Secretary-General will be a keynote speaker at the ITB Ministers’ Roundtable: “Tourism in the 21st century: new business models in a digital world”, an event organized by the ITB Convention Programme in collaboration with UNWTO. The theme of this year’s roundtable will be the ‘Digitalization of economy and society’.

ITB 2016 will also be the stage for the launch of two UNWTO Affiliate Members Reports – the ‘Global Report on The Transformative Power of Tourism’ focusing on the role of socially and environmentally responsible practices in the sector, produced by UNWTO and the Institute for Tourism of Croatia; and the ‘Global Report on The Power of Youth Travel’, now in its second edition, developed incooperation with the World Youth Student and Educational Travel Confederation (WYSETC).

Finally, UNWTO has partnered with the International Trade Centre (ITC) to promote the Kayah State of Myanmar during ITB Berlin. Since 2014, ITC has been working with the Government of Myanmar on an inclusive tourism project aimed at supporting the local tourism sector through the development of cultural and eco-tourism products. UNWTO joins ITC and Myanmar to showcase the multiple benefits arising from this project by co-organizing a series of events throughout the fair including a press conference, a seminar and a number of business to business events.