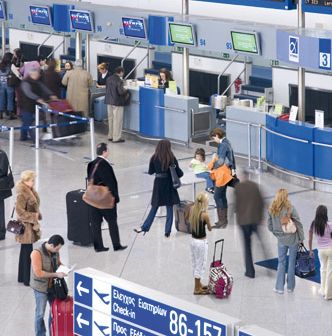 Athens International Airport (AIA) is counting its blessings with more than 18.1 million travelers going through its gates in 2015.

The company said this week that the figures mark a new record with an additional 2.9 million passengers  – a 19 percent increase – compared 2014, and up by 1.5 million passengers – a 9.4 percent rise – against the pre-crisis year of 2007.

The number of domestic travelers rose by 22 percent to 6.4 million with international passengers up by 17.4 percent to 11.7 million.

In the meantime, nine new airlines set up shop at AIA in 2015, the company said, and 10 additional routes were launched, with a 29 percent rise in the number of destinations served by low-cost carriers, boosting the airport’s weekly flight frequency by 19 percent.

At the same time, the number of transfer passengers grew by 60 percent, further enhancing AIA’s connectivity.

In the last month of 2015, Airport handled 1.18 million passengers, up by 11.8 percent compared to December 2014. Domestic traffic rose by 15.3 percent and the number of international passengers by 9.7 percent.