The charitable foundation of Grace Hotels on Thursday announced a pledge of 1.2 million euros to two leading Greek charities – Hatzikyriakio Institution, one of the oldest childcare institutions in Greece, and public health institute, Prolespis.

“The Grace Foundation, which has always had close ties with Greece, is keen to support the country at a time of unparalleled economic and social strife”, an announcement read.

The Grace Foundation has agreed to provide a donation of 600,000 euros to the Hatzikyriakio Childcare Institution, an orphanage that currently supports 110 girls. 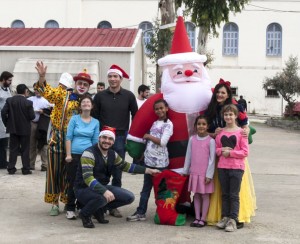 It was founded in 1889 by Ioannis Hatzikyriakos and his wife Marigo with the mission to take care of orphaned and homeless girls in Greece, most coming from families with severe social and economic disadvantage.

“The work of Hatzikyriakio Childcare Institution is unique in this respect – they nurture and encourage young girls who were previously devoid of hope, giving them the pastoral care and educational advantage they need to start their adult life with truly equal opportunity”, Jimmy Athanasopoulos, Head of Social Responsibility for Grace Hotels’ parent company, the Libra Group, said.

Prolepsis, which will also receive 600,000 euros from the Grace Foundation, is a non-governmental organization that has been active in the field of medical research, health promotion, environmental and occupational health since 1990. 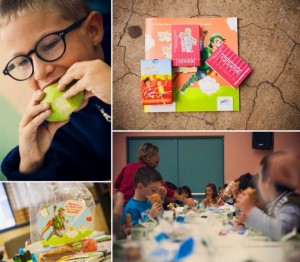 Its multi-disciplinary team of physicians, public health specialists, statisticians, economists and sociologists runs a wide range of programs that promote and maintain health throughout Greece’s population and workforce, including the Diatrofi food aid and nutrition initiative.

“The only way to assure lifelong health is to work in the holistic way that Prolepsis does — integrating environmental and occupational health issues while pushing the frontiers of healthscience through leading-edge research”, Mr. Athanasopoulos said.

“We are delighted to be supporting these hard-working, dedicated organizations that are doing work that makes a tangible difference to Greek society when it is most needed.”

Grace Hotels is an award-winning luxury hotel group that offers sanctuary and quality for discerning guests in the world’s most sought after resorts and cities. The company’s hotels have attracted critical acclaim since the first opened in Greece’s Cyclades Islands in 2007 (Grace Mykonos, Grace Santorini). Since then, the group has expanded to North America and Asia.