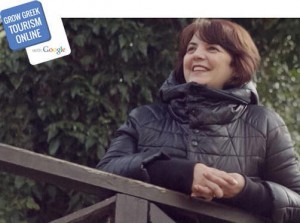 Google’s initiative dubbed “Grow Greek Tourism Online” will expand to six more destinations in Greece, it was announced at a press conference on Tuesday.

The initiative, which aims to boost the online presence of Greek tourism businesses and help the country attract visitors all year round, initially launched last September in Crete. Some 650 local tourism businesses were trained to use online tools in order to enhance their growth throughout the year.

The initiative will now expand to the Peloponnese, the Cyclades, the Ionian Islands, Macedonia, the Dodecanese and Attica.

According to research of SETE Intelligence (InSETE), last year tourism directly contributed some 17 billion euros to the Greek economy, which accounts for more some nine percent of Greece’s total GDP.

“The opportunity for further development is important as an increase in the online activity of the Greek tourism sector throughout the year could increase Greece’s GDP by three percent and generate up to 100,000 new jobs”, said Dionysis Kolokotsas, the public policy manager of Google in Greece.

According to figures, 51 percent of EU households use the Internet for travel planning. In Greece, only 10 percent of international tourist arrivals come via the Internet due to the low web presence of the country’s tourism enterprises. 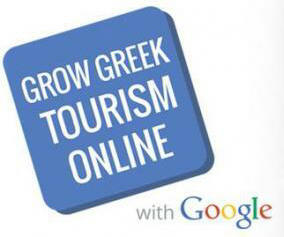 Through the “Grow Greek Tourism Online” initiative, Greek enterprises will receive support from Google for the use of basic tools to improve their presence in search results and Google Maps and also to promote their offers during the off season.

All local businesses that are directly or indirectly related to tourism can participate in the events, free of charge, through the website: g.co/GrowGreekTourism.