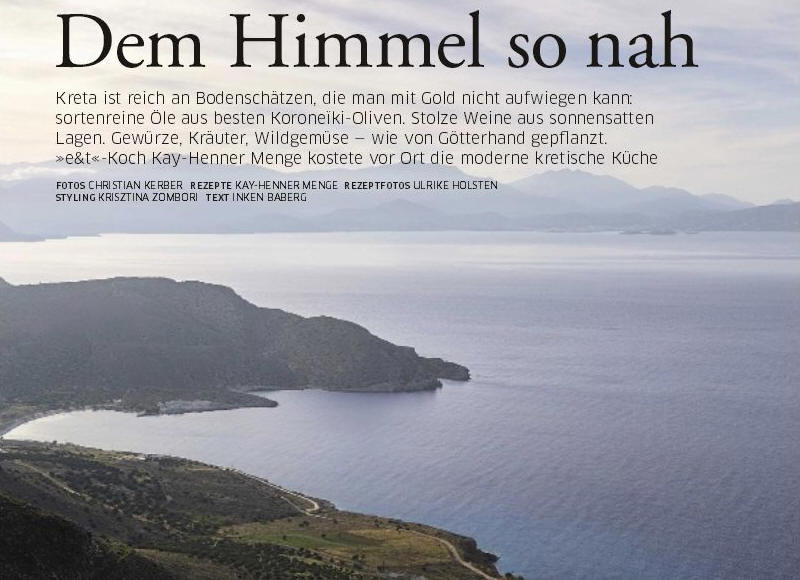 Traditional Cretan cuisine takes center stage in German monthly foodie magazine Essen & Drinken (Eat and Drink) with a 10-page feature on everything from olive and oil to herbs and spices. 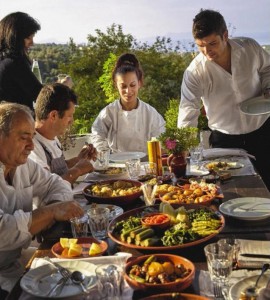 Describing the local cuisine as good as gold, the 10-page report explores the diversity of Crete’s dietary habits and gastronomic offerings.

The reporter, Kay-Henner Menge, pulled his sleeves up and got to work picking olives in Kritsa, one of the island’s oldest villages, partaking in the making of homemade spirit “raki” during the traditional “kazanema” in the remote Sfakia region in northern Crete, and spent a day doing traditional chores on a farm in Rethymno.

In the meantime, Crete’s dietary habits and offerings were also featured in the show in “We Are What We Eat: Spring in Crete Means a Feast of Wild Greens”, part of the “The Evolution of Diet”, which is a segment of National Geographic’s special eight-month “Future of Food” series.

Marketing Greece lent its support to the Essen & Drinken feature.