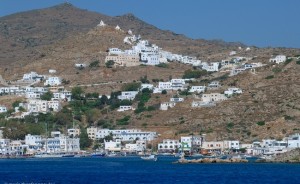 The Hellenic Association of Travel & Tourist Agencies (HATTA) announced on Wednesday that it will join forces with tourism consulting firm MTC Group to boost the promotion of Greek destinations to markets abroad.

According to a press release, HATTA and MTC Group will work together to promote less frequented destinations to Greek and foreign tourists.

Through this cooperation, a series of familiarization trips (fam trips) will be held for HATTA members/travel agents for them to get to know the destinations and include them in travel packages for visitors to Greece.

“Given the need for continuous promotion of the Greek tourism product that will benefit the tourism industry and our members in particular, the association is using every available power towards this direction,” HATTA President Lysandros Tsilidis said in the announcement.

The first “target destinations” include Mykonos, Santorini, Ios, Milos, Paros, Nafpaktos, Alonissos and Ancient Olympia while more Greek destinations will be announced in the near future.

Future plans of HATTA and MTC Group will include developing new strategies for the wider promotion of Greek tourism.