Corfu-Italy Line Gets Back In Action 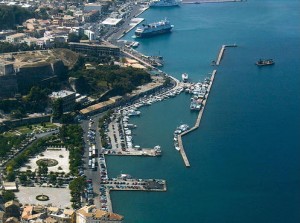 The Corfu Port Authority (CPA) announced on Wednesday that it plans to relaunch the Corfu-Italy coastal shipping route in the summer of 2015 with the Corfu-Brindisi route. At the same time, links with the ports of Bari, Ancona and a new route to Venice are underway and expected to attract visitors from Italy and Northern Europe.

The CPA expressed optimism for the coming year citing 370 already booked port calls by large-capacity cruise ships and expecting bookings from smaller cruise operators. According to CPA forecasts, 2015 will be similar with regards to port calls and total number of passengers to 2014.

In the meantime, the Costa Fascinosa’s Tuesday arrival to Corfu officially marked the end of the tourist season for the Ionian island’s port with the authority expressing its satisfaction with the year’s figures.

Despite the difficult economic conditions and the unstable geopolitical situation in the wider region, a total of 672,000 cruise passengers (72.000 home porting, 600.000 transit) came to Corfu in 2014.

According to the port authority’s figures, November marked high rates for the season with 18 arrivals and 30,871 cruise passengers.

The CPA concluded that port activity for 2014 was within initial projections of reduced cruise visits by 17.7 percent i.e. 85 fewer cruise ships with 636,500 passenger arrivals, registering a decrease of 10,2 percent compared with 709,000 passengers in 2013, returning to 2012 levels.