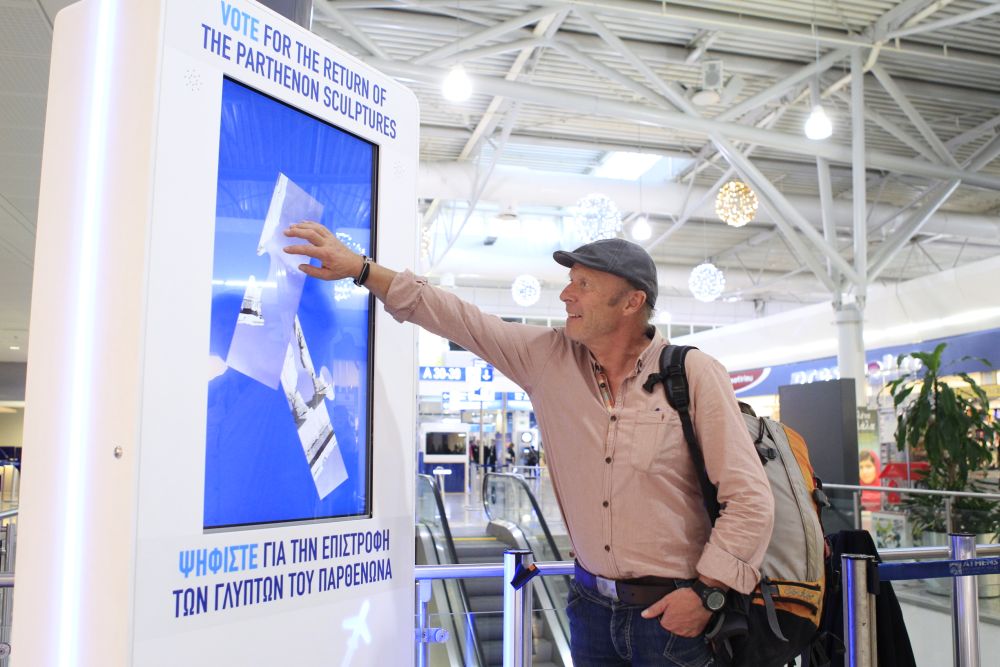 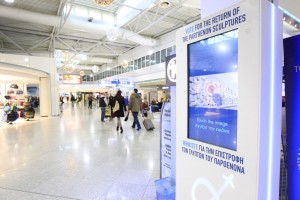 Athens International Airport (AIA) has launched a new interactive application that gives visitors to the Greek capital the chance to express their opinion on the Parthenon Marbles dispute between Greece and Britain.

Through four interactive touch-screens at the airport, Greek and foreign passengers and airport visitors can express their opinion on the return of the Parthenon marbles by just using their hands: by “piecing together” the West Metope of the Parthenon frieze and “restoring” the sixth (missing) Caryatid figure in her place of origin, amongst her sisters.

Three touch-screens are available at the departures level and one at arrivals. 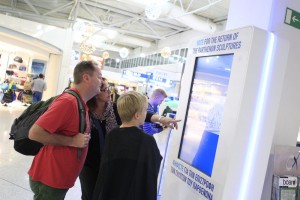 “By offering our passengers and airport visitors the chance to have their say for the return of the Parthenon Marbles to Greece, we support our country’s national campaign,” said Ioanna Papadopoulou, the AIA’s director of communications and marketing. She added that the Athens Airport, as a crossroads of cultures, is an ideal place for visitors to Athens to properly express their views on an issue related widely to world cultural heritage.

The interactive voting application is part of a series of initiatives launched by AIA for the promotion of the Greek capital, which “is already making a very dynamic recovery as a tourism destination.”