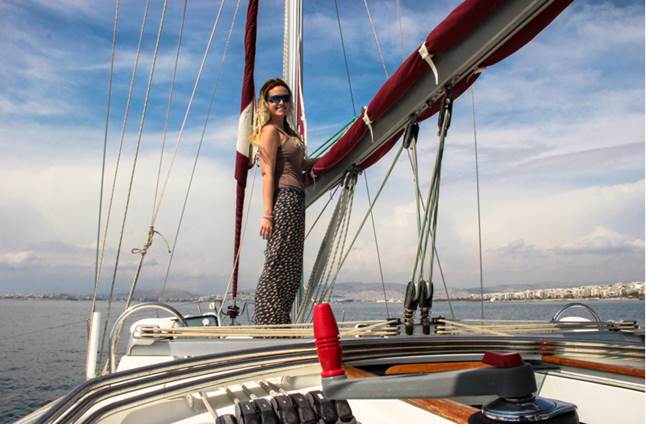 An award-winning blogger made her weeklong experience of Athens the word of the world through her blog.

Awarded last year with the British Travel Awards for “Best Travel Blogger”, Becki Enright explored Athens for a week for the international campaign “I’m An Aθenian Too” and reveals Athens’ best-kept secrets to the world through her blog “Borders of Adventure” and via Twitter, Facebook and Instagram.

“While Athens is not your typical ‘enchanting’ city, we all know charm isn’t always about looks, but revealed through character,” Ms. Enright writes in her posts.

A joint initiative of Marketing Greece and Athens International Airport, the ongoing “I’m An Aθenian Too” campaign invites visitors to the Greek capital to “become” Athenians by downloading their favorite photo of the city. Owners of the 100 best trending photos will be asked to share their story of what inspires them most about Athens. The three finalists will win a holiday for two to the Greek capital.