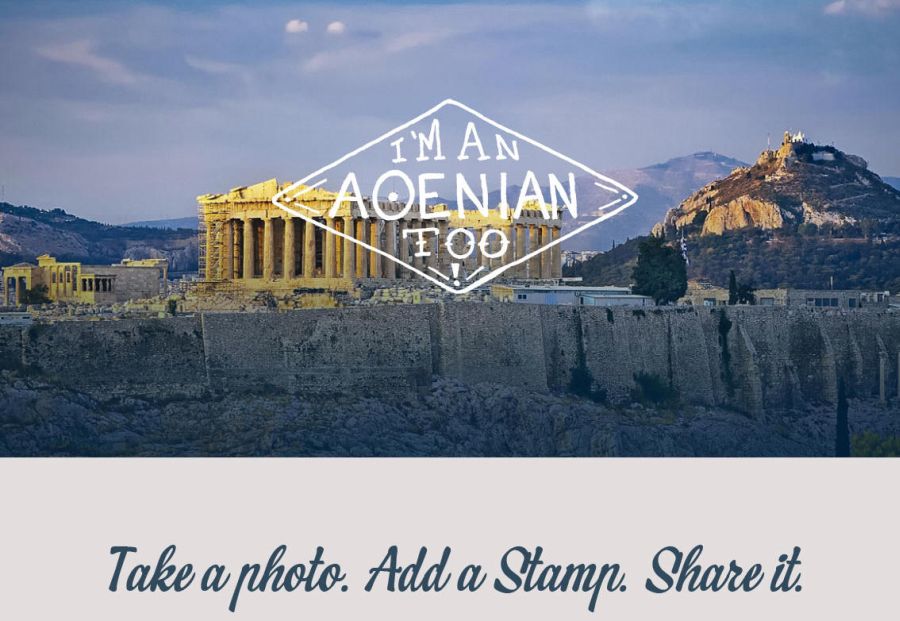 Visitors in the Greek capital are invited to “become” Athenians through a new international tourism promotion campaign named “I’m An Aθenian Too.”

The new campaign is a joint initiative of Marketing Greece and Athens International Airport and comes after the latter’s successful campaign “Perhaps you’re an Athenian too” that launched in October 2013.

The campaign’s main aim is to promote Athens as a year-round destination.

How to become an Athenian: Take a photo. Add a stamp. Share it.

The process for a visitor of the Greek capital to “become” an Athenian is simple and fun:

First, download the app from www.imanathenian.com to your mobile phone.
Then, select a photo or take a picture of your favorite spot in Athens and add one of the available stamps that you think best sums up what being an Athenian means to you.
Last, share it with the rest of the world via social media (hashtag #ImAnAthenian).

The owners of the 100 best trending photos in the campaign will be asked to share their story of what inspires them most about Athens. The three most inspiring authors will be chosen as the winners of unique holidays for two in Athens!