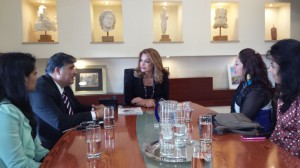 Strengthening cultural cooperation between Greece and India was the primary focus of a recent meeting in Athens between Deputy Culture and Sports minister, Angela Gerekou, and representatives of India’s Outbound Tour Operators Association.

Ms. Gerekou revealed plans to attract international film productions to Greece. In this direction, the minister proposed a bilateral agreement for cooperation in the film sector between Greece and India.

“The fact that our countries are the cradles of two of the most ancient civilizations has helped in the development of a relationship of mutual respect that can become the stepping stone for a constructive cooperation in the field of modern culture,” Ms. Gerekou said. 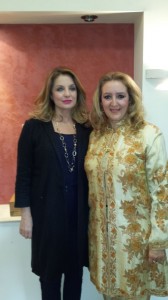 Organized by Mideast Travel, the meeting was part of a fam trip to Greece for Indian tour operators.

“We believe in Greece and its endless possibilities in the fields of tourism and culture, fields that gift us with the unique distinctive characteristics we enjoy as people and as destination,” said Mideast owner and managing director, Katerina Mousbeh.

“As the Indian market keeps demonstrating a deep affection and appreciation towards our country, we thought that the least we could do was to actively assist by bringing this delegation of Indian agents to our country, offering them the best of what Greece has to offer, in conjunction, of course, with promoting their networking with key Greek governmental factors. It is an issue that affects us all and we hope that this initiative will constitute the cornerstone of tourism and cultural cooperation between the two countries in the future,” Mrs. Mousbeh added.

Specialized in the Middle East, Persian Gulf and North African tourism markets, Mideast Travel has been operating in the Greek market since 1983.