The Guardian: Mykonos, Greece, Is The Summer’s Big Winner 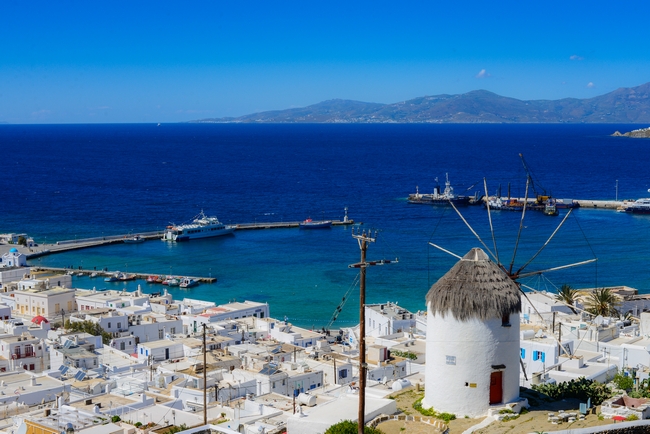 The big winner of this summer is Mykonos as celebrities put the glamor of the 1960s back in Greece, according to a recent article published on The Guardian website.

According to the article, written by Helena Smith, Mykonos – made famous in the 1960s by Jackie Onassis and Grace Kelly – has emerged as the undisputed summer queen of hip holiday destinations this year, attracting Hollywood stars, singers, footballers and basketball stars: “A rollcall of famous names snapped sipping champagne, dancing and partying on Mykonos’s famous beaches.”

According to The Guardian, this development has given Greece a boost of optimism after years of turmoil on the frontline of Europe’s financial crisis.

It is also underlined that Mykonos, in luring even greater numbers of the international jet set to its shores, has also supplanted Ibiza as the de rigueur hangout for celebrities and clubbers alike.

Mykonos is ahead of Ibiza and San Tropez

In the article, it is revealed that, according to figures due to be released by the Association of Greek Tourism Enterprises (SETE), visitors have signalled greater overall satisfaction with islands such as Mykonos than Ibiza, Sardinia or St Tropez, its main competitors.

“We are outperforming our competitors… All the figures show that we have done twice as well as any of them in the first seven months of this year with a 16.5% increase in arrivals overall,” SETE’s president, Andreas Andreadis, told The Guardian.

The Guardian noted that with one in five jobs dependent on the sector, the rebound offers what many are describing as the first ray of light that Greece’s worst crisis in modern times may soon be over.

It was also mentioned that luxury hotels in Greece are reporting a surge in business: “Rooms at the newly built €1,800 a night Amanzoe resort in the eastern Peloponnese and the luxurious Costa Navarino resort on the peninsula’s southwestern tip – both indicative of Greece’s drive to move away from its traditional sun, sand and sea image – are sold out through October.”

Major Tourism Resort To Be Built On Ios, Greece