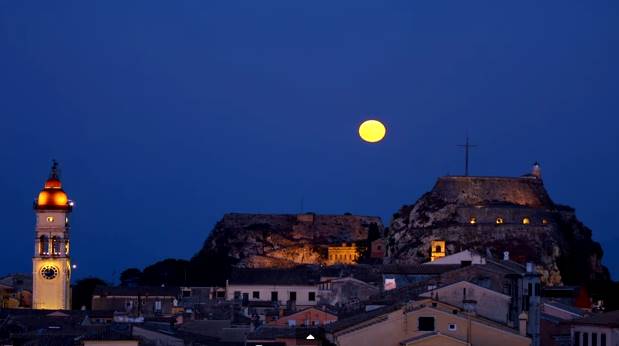 A time-lapse video that shows the sites of Corfu Island in Greece under the starry sky has gained high popularity since it was first released in the beginning of the year.

Impressed by the video, American news network CNN also featured it on its website and spoke to the Greek creator Vasilis Metallinos, who made the video with John Miliadis. 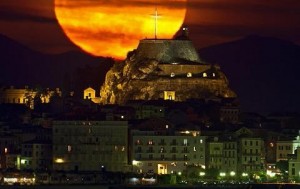 The video entitled “Corfu Nightscapes — A Company of Stars” is the pair’s stunning five-minute video comprising 60,000 photos taken between 2010 and 2014 by Mr. Metallinos. The music is composed by Mr. Miliadis.

“If you’re not inspired to head to Greece after seeing it, you probably didn’t full-screen this tribute to Hellenic beauty,” CNN says.

The video is Mr. Metallinos’ fifth time-lapse video so far and it was inspired by his love for Corfu island, his birthplace – its long and rich history, breathtaking landscapes and his passion for the night sky. He has been practicing astrophotography for the last seven years.

When asked by CNN where were the best places to photograph Corfu, Mr. Metallinos said: “To capture the old town of Corfu in the photograph, the best angle is from Kontokali Bay, about seven kilometers northwest of Corfu town. Other beautiful places with a nice dark sky include Chalikounas Beach (Lake Korission) in southwest Corfu and near Aggelokastro Castle just above Palaiokastritsa Bay.”

According to CNN, Corfu’s tourism board should thank Vasilis Metallinos and John Miliadis for their fine work.

See the video below.

The Guardian: Mykonos, Greece, Is The Summer’s Big Winner