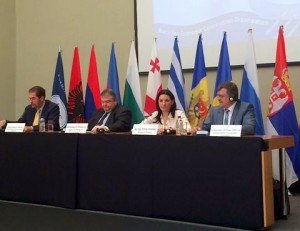 Greek Tourism Minister Olga Kefalogianni presented the main tourism priorities under Greece’s Presidency of the Black Sea Economic Cooperation Organization (BSEC) at an event held by the Foreign Ministry in Athens on 27 June. The event was held in celebration of the 22nd anniversary of the BSEC.

Greece is a founding member of BSEC and will hold the Presidency of the Organization from 1 July until the end of the year.

Referring to the priorities of the government, Mrs. Kefalogianni said the Greek Presidency of the BSEC would further promote the objectives set out in the declaration adopted in Kyiv on 10 October 2013 by the Ministers in charge of Tourism of the BSEC Member States.

Mrs. Kefalogianni informed that the Greek Presidency intends to encourage the development of specialized forms of tourism such as cinema and gastronomy tourism to be used as destination marketing tools for BSEC countries. 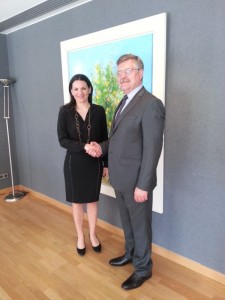 She added that the Greek Presidency would consider the best possible ways in which these forms of tourism could create jobs, attract foreign filmmakers and tourists, promote local products and showcase the rich ethnic, regional and local cuisine of the BSEC region.

According to the tourism minister, the Greek Presidency intends to further strengthen ties with the World Tourism Organization (UNWTO) and explore ways to implement the Memorandum of Cooperation between the BSEC and the UNWTO, with emphasis on visa facilitation in the Black Sea.

In this context, the Greek Tourism Ministry will organize a meeting of the Ministers in charge of Tourism of the BSEC Member States in October or November.