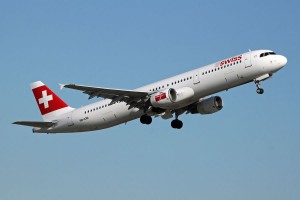 This summer, Swiss International Air Lines will add Thessaloniki to its Zurich-based network, while Geneva will see new services to Corfu and Heraklion.

According to SWISS’s 2014 summer timetable, two weekly flights connecting Thessaloniki to Zurich will operate from 3 July to 28 August.

SWISS will also further expand its Geneva-based network and from 12 April will include a weekly flight to Corfu and two weekly frequencies to Heraklion, Crete.

Swiss, in collaboration with its sister carrier Edelweiss, will connect Zurich for the whole summer season with weekly flights to Heraklion, Mykonos, Kos, Rhodes and Santorini.

In addition, SWISS will be adding further frequencies to its existing service (three daily flights) between Zurich and Athens as three weekly flights will be added to the same route.

Also, Swiss will add another three weekly flights to its existing daily route from Athens to Geneva.

The Muppets Take Over Lufthansa